On 18 November, the whole world celebrates the International Day of Islamic Art. Celebration of this day is one of the ways of fostering tolerance between peoples and promoting cultural rapprochement that is possible through the power of art. Tatarstan decided to mark this date with the opening of a new exhibition organized by the National Museum of the Republic of Tatarstan together with the Consulate General of the Republic of Turkey in Kazan. The photo exhibition ‘Seljuk Minbars of Anatolia: Masterpieces of Muslim Art’ is an exhibition of 40 photographs made as part of a research project by Kazan art historian Lilia Sattarova and Turkish photographer Ismail Haykyr in different cities of Turkey in 2015-2021.

What is minbar? Why does it hold an important place not only in Islam, but also in Muslim art and in the centuries-old culture of Muslim peoples themselves? In the Middle Ages, minbar was a pulpit that transformed an ordinary mosque into cathedral one, from which sermons mentioning the name of the ruler were delivered. Minbar, which symbolized spiritual and secular power, was made of precious wood by the best craftsmen of their time. Its rich decoration incorporated all forms of Islamic ornamentation based on the laws of geometry, which is why the surviving examples of ancient minibars fascinate not only the viewer, but also researchers and art historians. 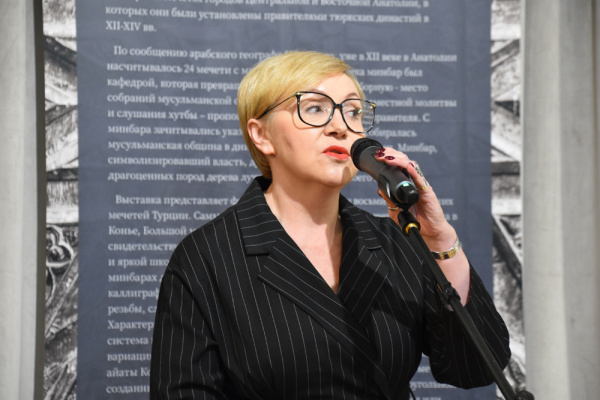 According to Alisa Vyatkina, Acting Director of the National Museum of the Republic of Tatarstan, the photos displayed in the exhibition are the pinnacle of human skill. ‘It is breathtaking to realize how much effort, time, patience and labor have gone into creating each minbar. Craftsmen managed to convey their thoughts for us through the ages, thereby perpetuating their work. And what will be left on the earth after us? Walking around the new exhibition, we begin to think about the essence of the universe, about beauty and loyalty to our cause’, Vyatkina highlighted. 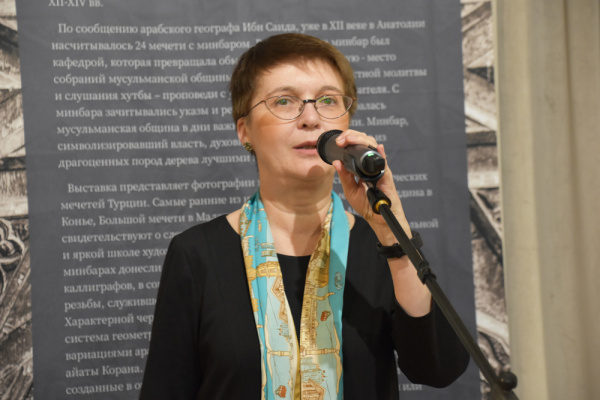 According to Lilia Sattarova, Deputy Director, chief curator of the museum, Islamic art deserves special public and scholarly attention. The photo exhibition project itself was conceived 10 years ago. ‘We chose to study minbars because they were a symbol of political and spiritual power in the Middle Ages. Only the leader of the Muslim Ummah could climb a minbar. Since it is a very symbolic object, it carries a lot of meaning. In addition to it, it has absorbed the entire vocabulary of Muslim decoration, which had been developed by the XI-XII centuries”, Sattarova told.

According to her, the ancient minbars depicted in the photographs carry a message of harmony, beauty, world equilibrium, the equilibrium in which the Almighty created it. This message is encoded in geometric surfaces full of colorful carved ornaments. And our joint work is an attempt to record art, a desire to convey both fragility of the object and personality of the artist.

Interestingly that 6 out of 8 minbars exhibited at the photo exhibition are now located in operating mosques in Turkey. This is the richest tradition, when you come to pray and see an ancient minbar from which your ancestors spoke centuries ago. ‘It turns every Muslim’s mind upside down. For instance, one of the minbars on display dates back to 1155. It stands in Konya, in the capital of the Seljuk Sultanate, in a functioning mosque’, Sattarova told. 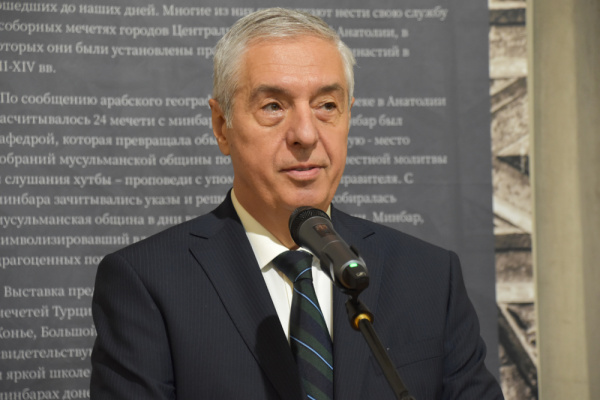 In turn, Ismet Erikan, Consul General of the Republic of Turkey in Kazan, reminded of Turkey’s close historical and cultural ties with the Republic of Tatarstan. ‘We have a lot in common – common language, common religion. Therefore, I am convinced that the works presented at the photo exhibition will be close to you. It is very fortunate that the opening day falls on the International Day of Islamic Art. Today you can see here not only photos from Turkey, but also local masterpieces from Tatarstan of nearly the same period related to faience Islamic art’, the Consul addressed the audience. 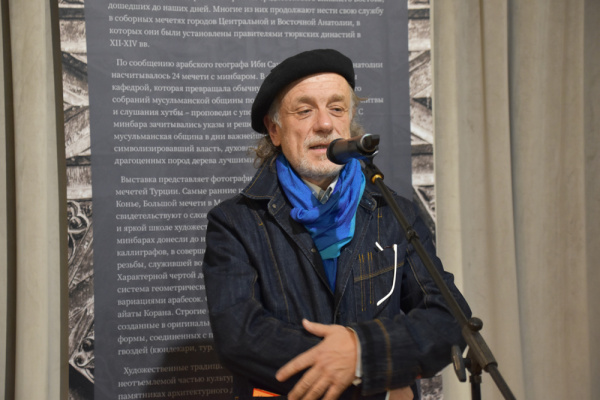 Those photos displayed at the exhibition are just a drop in the bucket, a small part of the archive. It was said by photographer Ismail bey Haykyr. ‘Continuators of this tradition, that carved technique, live in Turkey. The last of them is 80 years old. It takes him and his team 5-6 years to make one such minbar. Everything is made by hand, in the same technique, which is typical of Seljuk craftsmen. When I look at these ancient minbars, the well-known words by famous Sufi Jalaluddin Rumi come to my mind: ‘You are what you are looking for’.

The exhibition also features fragments of architectural decorations of the Golden Horde Bolgar buildings. The samples of polychrome mosaics and carved plaster from the collection of the National Museum of the Republic of Tatarstan clearly show the characteristics of Islamic ornamentation.