On February 17, a traditional meeting of the Media Club at the Plenipotentiary Representative Office of the Republic of Tatarstan to the Russian Federation was held in Moscow. The meeting was attended by Rustam Minnikhanov, President of Tatarstan and Chairman of the Strategic Vision Group “Russia – Islamic World”. Within the framework of the meeting representatives of leading Moscow and federal mass media were able to talk to their colleagues and ask questions of interest to the speakers.

Ravil Akhmetshin, Deputy Prime Minister of the Republic of Tatarstan and Plenipotentiary Representative of the Republic of Tatarstan to the Russian Federation, addressed the participants of the event with his welcome speech. He highlighted that the Media Club had marked its 10th anniversary in December 2020. And he spoke in more detail about the work being done to preserve and popularize the history of the Tatar people, including in the framework of the past anniversary of the victory in the Great Patriotic War and the 100th anniversary of the TASSR. 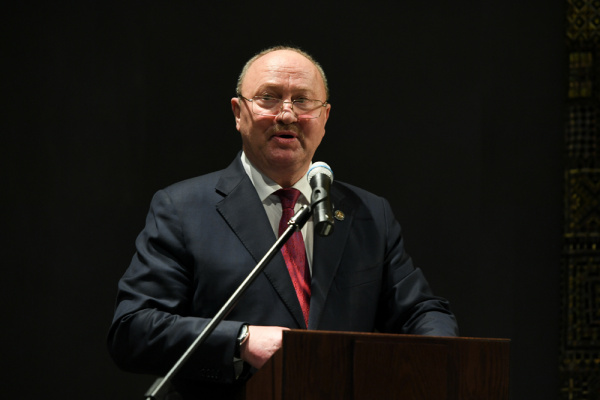 “It is important to preserve memory not only for ourselves, but also for the future generation, so that they will be able to continue our history. In this direction, we conduct interviews and make films about our prominent countrymen, heroes of the Great Patriotic War. For instance, a monument to Iskhak Akhmerov was unveiled recently with the participation of Rustam Nurgalievich, and we also donated a number of the intelligence officer’s personal belongings to the National Museum in Kazan”, Akhmetshin noted.

Speaking about the search activities, he said that the ashes of the first Soviet ambassador to Saudi Arabia, Karim Khakimov, had been found in one of the graves being examined. “I would like to remind you that a book by Oleg Ozerov about the life and activities of Karim Khakimov was published last year. It is symbolic that this is Saudi Arabia where the upcoming meeting of the Strategic Vision Group “Russia – Islamic World” will take place”, summarized the Deputy Prime Minister of the Republic of Tatarstan.

Vladislav Fronin, the Chairman of the Media Club and Editor-in-Chief of “Rossiyskaya Gazeta”, also welcomed the participants of the meeting.

The presentation of Oleg Ozerov, Ambassador-at-Large for the Ministry of Foreign Affairs of the Russian Federation, was of particular interest to the meeting participants. He spoke in more detail about the significance of Karim Khakimov in the history of Soviet and Russian diplomacy.

“The restoration of historical memory is exactly the weapon that helps us effectively respond to the challenges of time and the attacks, which the Russian Federation is subjected to today”, Ozerov assured. “The life and history of Karim Khakimov is one of the heroic episodes of our history. This knowledge awakens pride in our ancestors and in those people who have built our country. When I arrived in the Kingdom of Saudi Arabia as Ambassador, I found the traces of his presence more than visible and tangible. While few people in our country know who Khakimov was, every third citizen of Saudi Arabia knows him. It was him who secured recognition of the fledgling state of Saudi Arabia by Soviet Russia and paved the way for other countries to recognize the Kingdom as well. Ozerov is convinced that it was Khakimov who managed to convince Moscow leadership to work with King Abdulaziz.

Ozerov wrote his first article about Karim Khakimov – “The Death of the Red Pasha” – in Saudi Arabia. “Last year, my book “Karim Khakimov: the Chronicle of Life” was published. Here I would like to express my gratitude to Rustam Nurgalievich as the head of the Strategic Vision Group for his help in arranging the translation into Arabic, English and French”, Ozerov addressed Minnikhanov. “In my book I was trying to speak about him, among other things, as a diplomat who played a huge role in the establishment of the republics in Central Asia. It was him who became one of those who proposed creating five union republics in place of Turkestan. Khakimov managed to define very quickly the national problems of that region, since ethnically he was a Muslim and felt those peoples. One cannot forget his invaluable contribution to the development of relations between Iran and the Russian Empire”, the ambassador noted.

Oleg Ozerov is convinced that it is necessary to address the experience of people like Karim Khakimov. “He was an internationalist in the best sense of this word: a Tatar from Bashkiria who stood for the unity of our country. He advocated for the powerful, united, multinational state”, the speaker summarized. “And today he is even more alive than ever, working with us to consolidate the unity of our country and develop relations with the Arab-Muslim world”.

Speaking at the meeting of the Media Club, Rustam Minnikhanov, President of Tatarstan and Chairman of the Strategic Vision Group “Russia – Islamic World”, thanked everybody for their attention to the republic and its development. He noted that the format of the Media Club had demonstrated its relevance. Speaking to journalists, Minnikhanov highlighted the fact that today the timely provision of information about main events played an important role, and the profession of journalist was more significant than ever: “Thank you very much for such a great opportunity to meet. We always feel your support. By and large, the information field shapes everything today”. 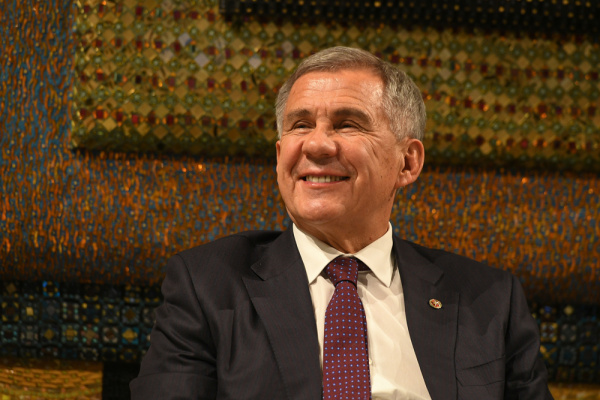 Answering the question about possibility to consolidate the influence of Russian mass media on the international arena, the Chairman of the Strategic Vision Group stressed that there was no urgent need for any governor to be engaged in self-promotion: “There is the head of a state, some international affairs, foreign policy – the position of the federal center. There is one name that should be heard on the international arena – the name of the country’s President. Of course, each region wants to attract investors, tourists, and major international events, especially sports events, are really good at that. Our republic is aimed at the promotion of our historical merits and our identity. Tatarstan is very unique – here Christianity and Islam have been living in peace and harmony for centuries, and for the international community this seems unreal”.

Summing up the meeting, Rustam Minnikhanov emphasized the absence of reasons for arguments between the residents of Tatarstan and Bashkortostan once again. He noted that the two republics had nothing to divide between them, and that the government of Tatarstan was in very good relations with their colleagues from the neighboring region, who are professionals.

“Our position is to preserve relations. We do not have anything to divide between us. As if we take something away from the Bashkirs, or they take something from us! The census is a person’s business: it is only up to people to decide whether they want to be a Bashkir or a Tatar. First of all, it is important who that person is in his soul. There are mixed marriages, and people should determine their identity. There are people who identify themselves as Russians. This is their decision. We will not quarrel”, the Chairman of the Strategic Vision Group “Russia – Islamic World” said.

Let us remind that the Media Club at the Embassy of the Republic of Tatarstan to the Russian Federation was established in December 2010. The main goal of it is to support public initiatives aimed at promoting the economic development of the Republic of Tatarstan and assisting in the implementation of the republic’s projects, including the preservation of the national culture and language. The Club unites over 120 journalists – representative of leading Moscow and federal mass media. All of them are either from Tatarstan or studied or worked in the republic. They are also the Tatars – natives of other Russian regions. The Chairman of the Media Club is Vladislav Fronin, Editor-in-Chief of “Rossiyskaya Gazeta”, a graduate of the journalism department of the Kazan State University.

Photo: official site of the President of the Republic of Tatarstan