During his visit to Mecca, Mufti of Tatarstan Kamil hazrat Samigullin, who is a member of the Group of Strategic Vision  "Russia - Islamic World", took part in an official meeting with the Secretary General of the World Islamic League, Mohammed Bin Abdul-Karim Al-Issa. The meeting was also attended by the Special Representative of the Russian Federation to the Organization of Islamic Cooperation Ramazan Abdulatipov, Assistant to the President of the Republic of Tatarstan on international issues Radik Gimatdinov and others. 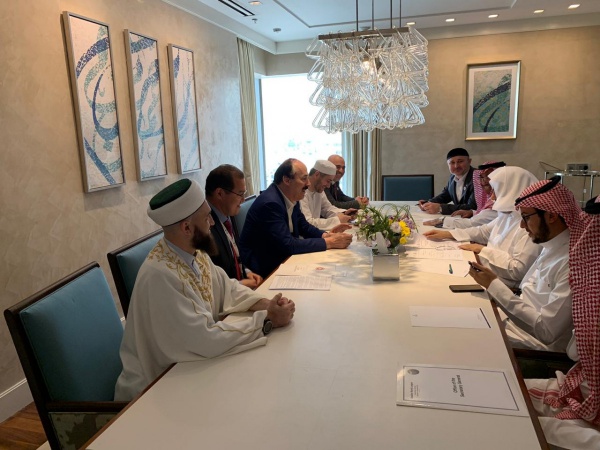 During the meeting, the welcome letter from the Chairman of the Group of Strategic Vision "Russia - Islamic World" Rustam Minnikhanov to the participants of the international conference “Values ​​of moderation and moderation in the texts of Quran and Sunna” in Mecca was presented to Mohammed Bin Abdul-Karim Al-Issa. He was also reminded about his visit to the Republic of Tatarstan, when a cooperation agreement between the Spiritual Administration of Muslims of the Republic of Tatarstan and the World Islamic League was signed in Kazan. Mohammed Bin Abdul-Karim Al-Issa also visited the sights of Ancient Bolgar and had a personal meeting with the President of the Republic of Tatarstan Rustam Minnikhanov. 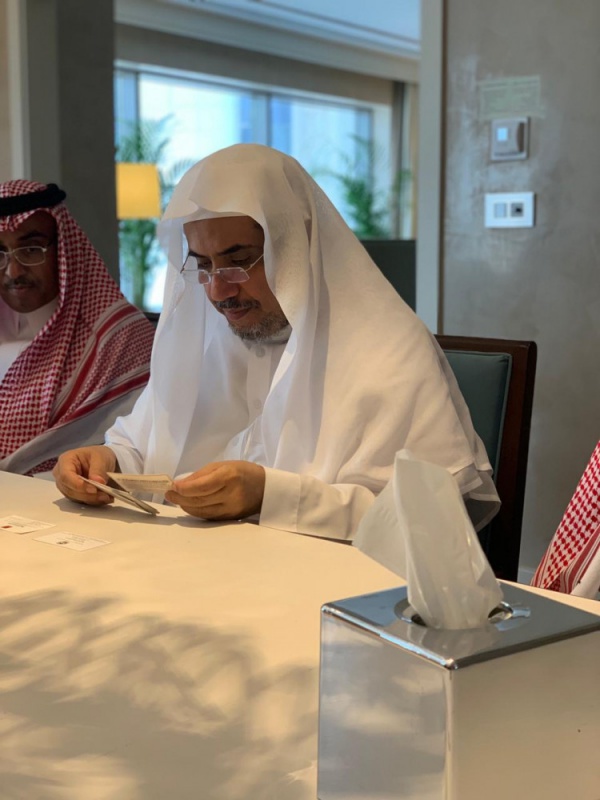 The Secretary General of the World Islamic League expressed his satisfaction with his visit to Russia. “I was surprised by what I saw in Russia. The hearts of the people of your country are open. I am convinced that Russia deserves to be called a great country. I was met as a brother and given the opportunity to freely deliver a Friday sermon to my muslim brothers. All this proves that Russia is part of the Islamic world. I was pleased with the muslims who live there and develop in harmony and peace with other confessions”,  - Al-Issa noted.

During the conversation, the parties also discussed the possibility of holding the next meeting of the Group of Strategic Vision "Russia - Islamic World" in Saudi Arabia together with the World Islamic League and the Organization of Islamic Cooperation. It is noteworthy that Mohammed Bin Abdul-Karim Al-Issa made such proposal by himself.

“Holding the meeting will help to show other countries of the world that Russia is an example of the solidarity of representatives of various faiths and nations. The existence of such a Group is already an indicator. I am confident that this meeting will open a new page in relations between Russia and the Islamic world and will demonstrate how  your country is open for cooperation”, he claimed and promised to work on this issue as soon as possible.