The third meeting of Group of strategic vision “Russia – Islamic World” was held in Istanbul on February 2-3. 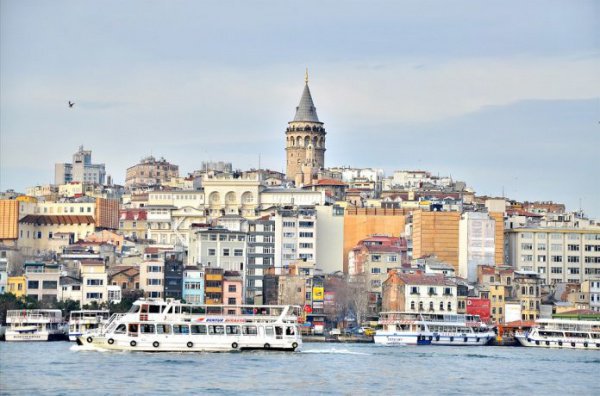 There were representatives of the Russian Federation and the OIC member countries among the participants. His Excellency the President of the Republic of Tatarstan M. Shaimiev and His Excellency the former Turkish Foreign Minister Yasar Yakis were leading the meeting. The President of Tatarstan Mintimer Shaimiev opened the meeting by introductory speech for the participants of the meeting. He said that Istanbul as the venue of the event is not just a magnificent city, but also the center of various symbols in the history. His Excellency the President of the Republic of Tatarstan M. Shaimiev said that religion has returned and revived in our era. A similar process was in Tatarstan, but it did not cause a split in society, as in some other countries. Islam in which spirituality and justice have great importance can play a significant role in the development of Europe. Our goal should not be limited to response for the question “What do we understand by a religion?” Rather, we must ask ourselves what contribution we can make to the development of religion and how we can transform our world. Islam does not oppose to progress and scientific development.

Delegates have put some urgent and important tasks that can be reflected in public life of Russia and Islamic world. At the meetings discussions of performances of members of the Group were held, which as a forum for contributing to the relations between Russia and Islamic world, has three major components: a geographical, cultural, historical and political. Geographical location indicates that Russia is close to Islamic world and is located in a particular place, geographically contiguous with many Islamic countries. Cultural heritage indicates to a variety of ethnic groups, people, art and culture between Russia and Islamic world since IX-X centuries. Cultural and historical relationships have allowed Russia to understand Muslims better. Political direction gives a reason to believe that Russia is a strong strategic partner for Islamic world. Since the days of the Cold War, Russia has maintained constructive relations with Muslim countries. It was also noted that the forum has an effect on three levels: global, regional and local. The steps at the global level are aimed to contribute to the dialogue of civilizations, peace and mutual understanding, especially after September 9 disaster experienced in the United States. At the regional level, the forum is focused on the solution of regional problems and the establishment of a stable peace in Balkans, Middle East, Caucasus and Central Asia. The influence at the local level means better relations with Muslims living in Russia, to allow them to become a bridge between Russia and big Islamic world. Participants stressed that for the prospects and the objectives which are set out above, Russia’s relations with Islamic world as an observer of the OIC countries are an important link between the two sides.

Delegates said that Group of strategic vision “Russia – Islamic World” already has an impact on the improvement of regional and international tolerance. Also, this project is considered a significant step in strengthening relations between Christianity and Islam in general and in particular between Christians and Muslims. In this regard, the experience of coexistence of several ethnic groups, nations and religions in Russia is considered to be a significant historical experience, which could help to reduce tension between the West and Islamic world. Delegates stressed that there are many problems in the world. There is lack of sincerity and openness as an important component in international relations, and it is expected that Group of strategic vision “Russia – Islamic World” will contribute to the revival of such qualities.

Delegates also indicated that relations between Russia and Islamic world are manifested in the geographical, cultural and historical connections. It was noted that the third meeting of Group of strategic vision “Russia – Islamic World” is being held at a critical time when Muslims are facing many problems, such as the backlog of economic development, political conflicts, ideological and military attacks from the outside. The Israeli-Palestinian conflict and the crisis in Iraq cause an anxiety for everybody. Moreover, racism, xenophobia and Islamophobia are developing, and this process must be brought under control. Participants have agreed that the meeting of the OIC member countries with Russia on solutions to these problems is an important initiative. Another problem is the establishment of relations with the countries where there are Muslim communities. Russia has a great historical experience, which has enabled it to form a relationship with Muslims in the neighboring regions. Close cooperation between Russia and the OIC member countries is an essential tool for overcoming conflicts and promoting dialogue. In this aspect, Russia can play the role of a reliable bridge between Islamic world and the West.

Participants offered to make specific project proposals in order to obtain results on the basis of discussions which held at previous meetings. A particular attention was paid to the fact of discussion the Huntington’s thesis about the clash of civilizations, however, a plan of action has not adopted yet. It’s time for new principles and projects. It is necessary to make a plan for the following activities, to publish a book on tolerance, to promote the education of young people and journalists, to publish a magazine and create the Group’s website on the Internet in order to spread the principles of Group’s strategic vision. Delegates proposed to form the Executive Committee of the senior members of the Group for the effective control of the Group and the secretariat.