Every year, representatives of Russia’s Muslim community, the republic’s leadership, public, scientific and cultural circles gather together in the ancient town of Bolgar to mark the anniversary of the adoption of Islam by the people of Volga Bulgaria. This year the festivities were held on 5 June. They were attended by Deputy Prime Minister of the Russian Federation Marat Khusnullin, President of Tatarstan, Chairman of the Strategic Vision Group ‘Russia – Islamic World’ Rustam Minnikhanov, Deputy Chairman of the Strategic Vision Group Farit Mukhametshin, State Counselor of the Republic of Tatarstan Mintimer Shaimiev, Mufti of the Republic of Tatarstan Kamil Samigullin, Chairman of the Central Spiritual Administration of Muslims Talgat Tadzhuddin, Mufti of Crimean and Sevastopol Emirali Ablaev, Deputy Chairman of the Spiritual Administration of Muslims of the Russian Federation Damir Mukhetdinov, Chief of Staff of the Spiritual Administration of Muslims of the Chechen Republic Supyan Kurbanov and others.

Before the grand opening of the holiday, a meeting of preparations and celebration of the 1100th anniversary of the official adoption of Islam by Volga Bulgaria took place within the walls of the Bolgarian Islamic Academy. The meeting was chaired by Marat Khusnullin, Deputy Prime Minister of the Russian Federation, and Head of the Organizing Committee. The participants discussed a number of issues, including the construction of a Cathedral Mosque in Kazan and the construction of access roads to Bolgar. Marat Khusnullin stressed that the funds for the repair of the three main routes leading to Bolgar – from Kazan, Ulyanovsk and Samara – will be found. The Deputy Prime Minister also suggested that the republic’s leadership should lay the first stone of a new Cathedral Mosque in the coming year, when the 1100th anniversary of the adoption of Islam by Volga Bulgaria will be celebrated. 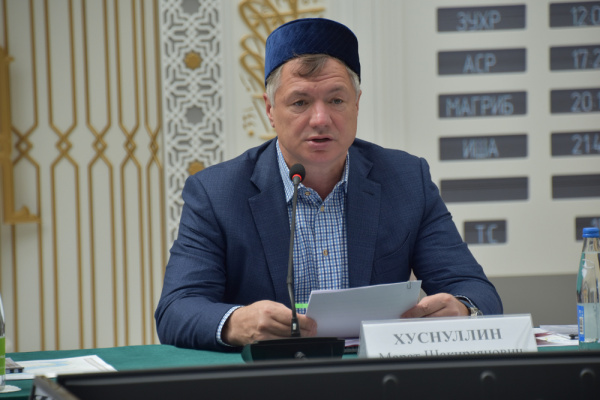 ‘Traditions of interfaith peace are our wealth and treasure. Islam is an integral part of the Russian history and culture and makes an invaluable contribution to the promotion of interfaith peace and harmony. President of Russian Vladimir Putin appointed me as the Head of the Organizing Committee to prepare celebration of such an important event. By the end of June, we have to complete the organizational work on this issue’, the speaker highlighted.

During the meeting, Khusnullin assured his colleagues that the new roads to Bolgar would appear as early as next year, and 1,6 billion rubles would be allocated for their repair. ‘We have all the documents for the project. Begin the design work, we will find the money’, the Head of the Organizing Committee assured. The matter in question involves the three routes: Kazan – Bolgar (23 km to be repaired), Ulyanovsk – Bolgar (9 km) and Samara – Bolgar (14 km to be repaired). 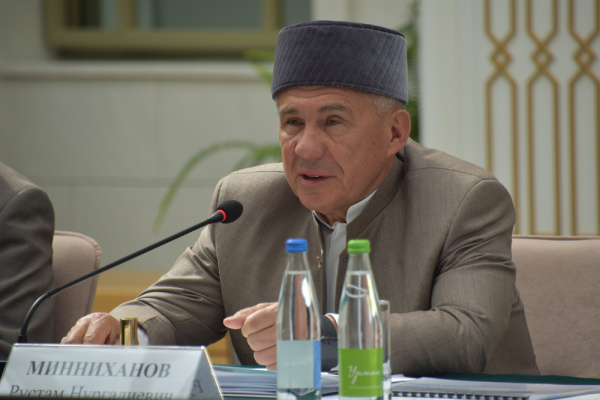 Addressing the members of the meeting, President of Tatarstan Rustam Minnikhanov announced the establishment of the republican committee for the preparation of the 1100th anniversary celebration, which is headed by him: ‘An order has been given to form a federal organizing committee. The work is being carried out on it. We hope that together with all the colleagues this event will be held at the high level. The preparations are underway’.

Rustam Minnikhanov said special words of gratitude to his colleagues, aksakals, who gathered within the walls of the Bolgarian Islamic Academy. ‘The anniversary of the adoption of Islam by our ancestors is a holiday not only for our republic, but also for entire Russia. I would like to say the words of gratitude to our President Vladimir Putin who supported the idea of celebrating the anniversary next year’, Minnikhanov highlighted. He also noted that serious events would be held not only in Bolgar, Tatarstan and Moscow, but also within the activities of the Strategic Vision Group ‘Russia – Islamic World’ in cooperation with those regions where Islam was predominantly represented. 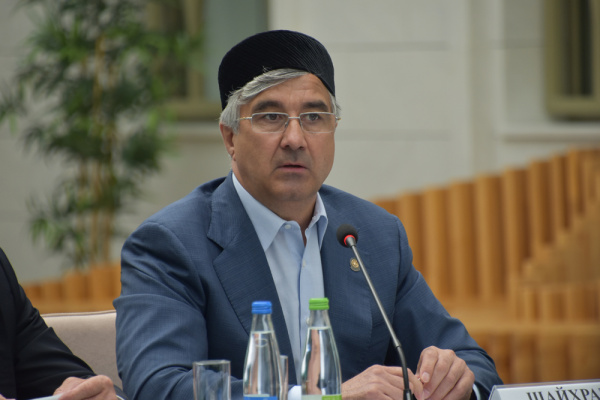 In addition to it, Shaikhraziev reminded the audience that in 2014 the Bolgarian Architectural and Historical Complex was included in the UNESCO World Heritage List, which also contributed to the further development of the ancient town. Another landmark event for Bolgar, Tatarstan and entire Russia was the decision to build the Bolgarian Islamic Academy, which made it possible to complete a full-fledged system of Islamic religious education. The academy was built within one year, and today it produces the first native Doctors of Science. 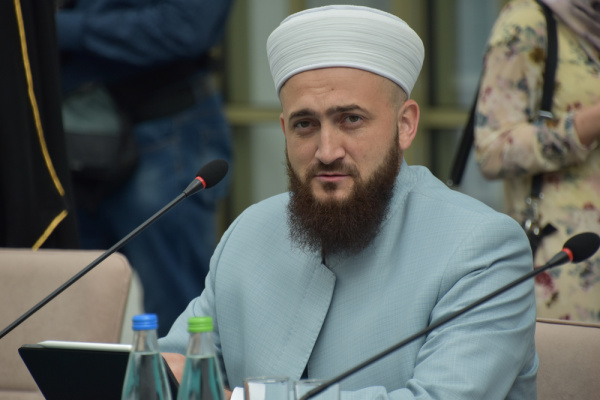 Kamil Samigullin, Mufti of Tatarstan, shared his own vision of the event plan. ‘As far as multimedia support is concerned, there is a need to create a separate website dedicated to such an important date. In addition to it, using the capabilities of our Muslim Khuzur-TV television, it is possible to release a feature film or a cartoon for children, which would tell about the personality of Ibn Fadlan. Short viral films about Islam, famous Muslims and simple human values are in particular demand among the modern youth’, the Mufti highlighted.

There was also a proposal to organize a book exhibition featuring both Russian and foreign publishing houses. ‘In some regions of Russia, relics belonging to our Prophet Muhammad are kept. I also suggest organizing an exhibition in Bolgar, where there is the largest printed Quran, where these holy relics would be collected’, Samigullin added. The Mufti of Tatarstan also suggested holding the World Quran Recitation Contest next year in Russia.

Concluding his speech, Kamil Samigullin announced the imminent publication of a book on the history of the Tatars through the prism of Islam. It will be one volume both in the Tatar and Russian languages. It is planned to use this book as a basis for teaching at mosque courses. 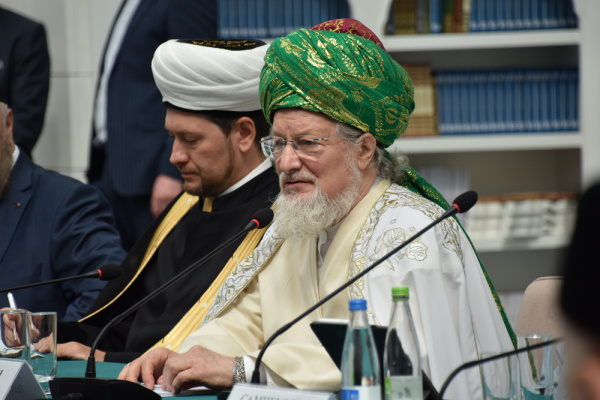 Chairman of the Central Spiritual Administration of Muslims of the Russian Federation Talgat Tadzhuddin also participated in the meeting. He advocated the introduction of morality classes in Russian schools starting from the new school year, taught by active clergymen of traditional religions. 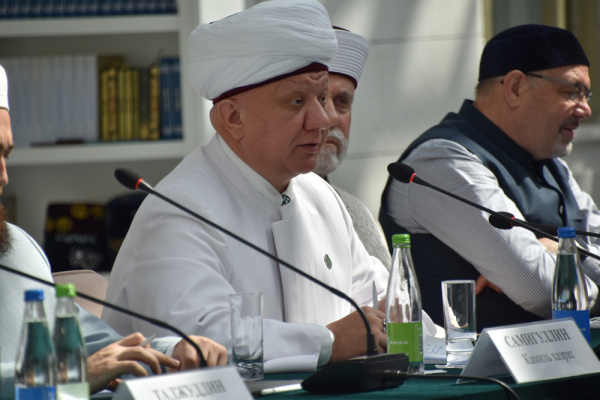 His counterpart, Albir Krganov, Mufti of the Spiritual Administration of Muslims of Russia, in his turn, suggested using the experience of the Orthodox Church in organizing relevant exhibitions. ‘The Russian Orthodox Church is involved in it and holds various exhibitions in Moscow’s Manezh’, Albir Hazrat said. ‘We could consider holding an exhibition dedicated to the 1100th anniversary at the World Forum in St Petersburg to show the beauty of Russian Islam’.

First Deputy Chairman of the Spiritual Administration of Muslims of the Russian Federation, Doctor of Theology Damir Mukhetdinov shared his vision of the events to be held within the framework of the upcoming anniversary. Commenting on the practical content of the plan to celebrate the 1100th anniversary of the official adoption of Islam by the peoples of Volga Bulgaria, he stressed: ‘We must leave behind such monuments that will survive us and our children and will be associated with the 1100th anniversary, with how Russian Muslims have worthly spent it’. Among such projects, he mentioned the reconstruction of the historical mosque in Moscow built in 1823-1825, the revival of the Yarmarka mosque in Nizhniy Novgorod and other initiatives, previously outlined and submitted as proposals to the government of the Russian Federation by the Spiritual Administration of Muslims of the Russian Federation. 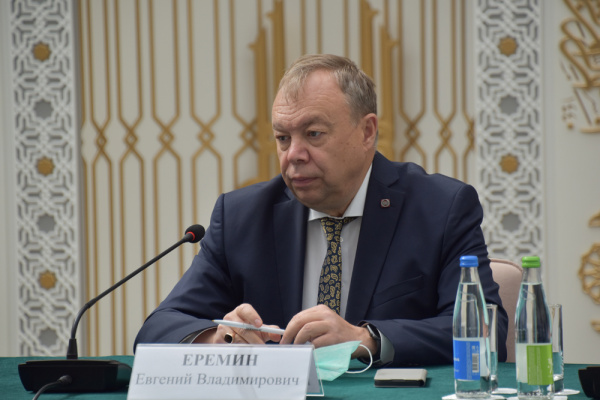 ‘The anniversary is an event of enormous scale for representatives of all nations, religions that make up our Russian nation, our Russian people’, Yevgeny Yeremin, Head of the Department for Interaction with Religious Organizations of the Presidential Administration of the Russian Federation, said during his speech. He said he intended to hold major events in those regions where Islam was a traditional religion for the majority of population, including in the Caucasus and Crimea. ‘We orient the leaders of the subjects of the Russian Federation, where Islam is not a mass traditional religion, to provide assistance to Muslim religious organizations in holding the 1100th anniversary, which also be interesting for the entire population of those regions and will show the role of Muslims’, the speaker concluded. 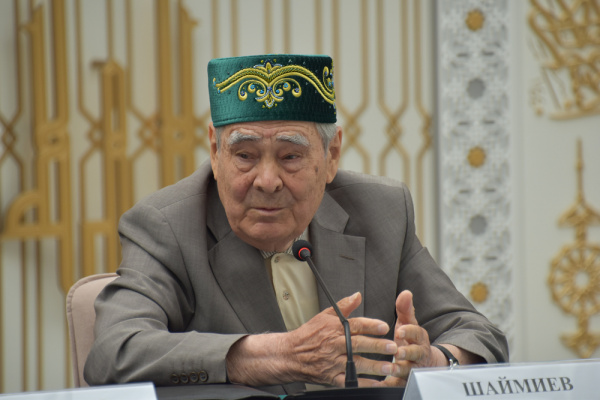 Mintimer Shaimiev, State Counselor of the Republic of Tatarstan, also spoke at the meeting. ‘Each year we meet on this holy land. In recent years, a lot of work has been done to revive the ancient town of Bolgar. Historical monuments have been restored; new important buildings have been erected. Our generation is lucky to witness the 1100th anniversary of the adoption of Islam by our ancestors. And the leadership of the country pays much attention to this event. It is of great importance’, the speaker addressed the audience. He reminded that Islam and Orthodoxy historically occupied a special place in the republic and for many years an approach to simultaneous restoration of Muslim and Orthodox sanctuaries had been implemented. ‘The principle of equal attention to Islam and Orthodoxy is observed in the republic. We have a full understanding in this respect. Thanks to this, today we can see full inter-confessional harmony in Tatarstan’, the first President of the Republic of Tatarstan highlighted.

The meeting was summarized by Deputy Prime Minister of the Russian Federation Marat Khusnullin, who outlined a road map of actions for all interested bodies and organizations over the coming weeks, setting a specific time frame for the final composition of the Organizing Committee.

We would like to remind that President of the Russian Federation Vladimir Putin had instructed that a celebration be held in 2022 to mark the 1100th anniversary of the adoption of Islam by Volga Bulgaria. Deputy Prime Minister Marat Khusnullin became the Head of the Organizing Committee.