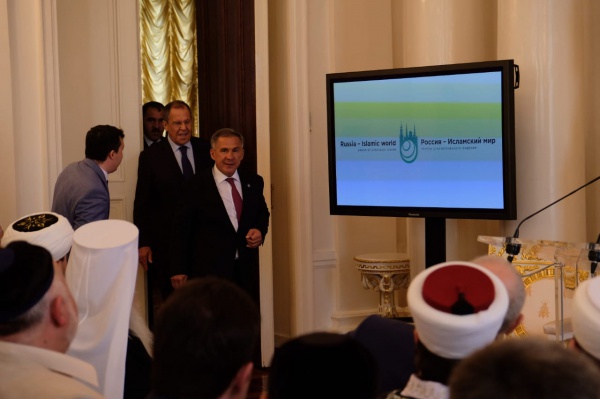 In his welcoming speech, Minister of Foreign Affairs of the Russian Federation S.V. Lavrov noted that the steps taken by the Russian Leadership in order to strengthen traditionally friendly relations with the member states of the Organization of Islamic Cooperation had been actively supported by the general public, our regions, especially by those where the majority of the population practiced Islam.

“We are pleased to note that many of our partners from Muslim states have similar attitude. The activity of the Strategic Vision Group “Russia – Islamic World”, which, on behalf of President V.V. Putin, is headed by President of the Republic of Tatarstan R.N. Minnikhanov, is of particular importance under these circumstances. The Group will have to solve important, responsible tasks of coordinating the efforts of civil society, business circles, religious associations, scientists, the young, figures of culture and art – those who seek to contribute to the building up of ties between Russia and the Islamic World”, Sergey Lavrov said.

The purpose of the presentation is to present new conceptual aspects of the Group activity to the participants of the event. 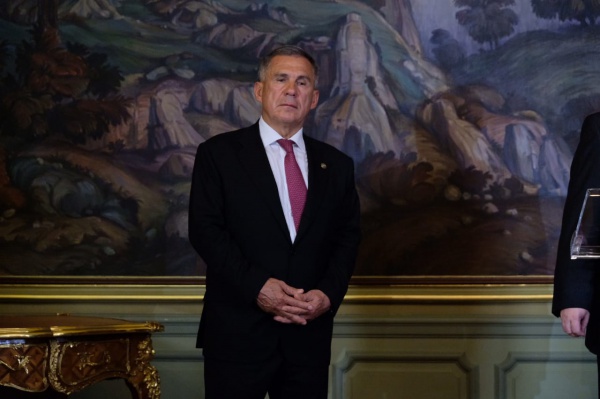 At the new stage of the Group activity special attention was paid to the participation of Russian regions in the activity of the Group. 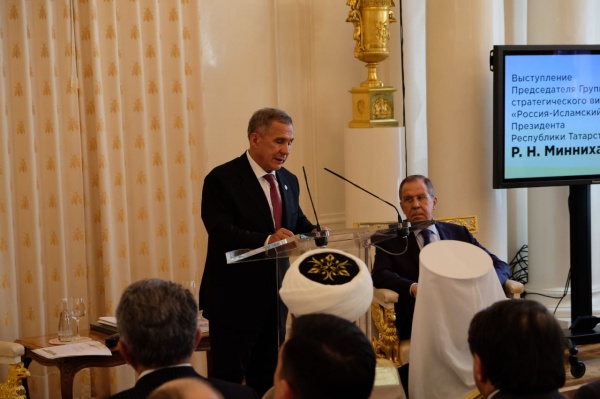 Special attention will be also paid to the questions regarding development of new approaches to enhance inter-civilizational cooperation within the activity of the Group. Chairman of the Group Rustam Minnikhanov noted that “the main object of the Group is to fully contribute to the process of further rapprochement of Russia with the Islamic World on cultural and civilizational basis and to establishment of contacts with the focus on expansion of economic, scientific and technological, social and humanitarian cooperation”.

Chairman of the Strategic Vision Group “Russia – Islamic World”, Deputy Chairman of the Committee of the Federation Council on Foreign Affairs Farit Mukhametshin in his speech drew the participants’ attention to the conceptual development of the following areas of activity. 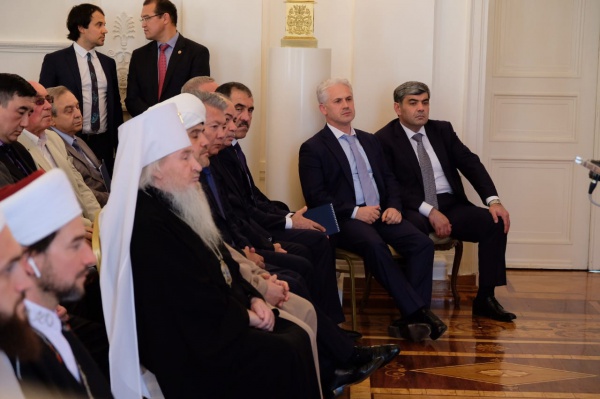 Today, all activities of the Group are aimed at enhancing strategic partnership and interaction in spheres of cultural cooperation, including the issues regarding religion, education, science, economic between the Russian Federation and countries of the Islamic World. The Strategic Vision Group “Russia – Islamic World” is planning to continue long-term cooperation with the Organization of Islamic Cooperation (OIC) and Eurasian Economic Union (EAEU).

Joint measures to combat international terrorism, which contradicts the fundamental principles of Islam, are especially significant in the work of the Strategic Vision Group “Russia – Islamic World”.

The event was attended by more than 100 hundred people, including ambassadors of the Organization of Islamic Cooperation member states, current members of the Strategic Vision Group “Russia – Islamic World”, representatives of the Presidential Administration of the Federal Assembly of the Russian Federation and Republic of Tatarstan, the heads of some constituent entities of the Russian Federation, public and religious figures.

The Strategic Vision Group “Russia – Islamic World” was established in 2006 under the leadership of Evgeny Maksimovich Primakov and Mintimer Sharipovich Shaimiev in order to promote the development of relations between the Russian Federation and Muslim countries through inter-cultural and inter-civilizational cooperation. In 2014 President of the Russian Federation Vladimir Vladimirovich Putin entrusted the duties of its Chairman to President of the Tatarstan Republic Rustam Nurgalievich Minnikhanov. To date, the members of the Group are 33 well-known state and public figures from 27 Muslim countries, including former Prime Ministers, former Ministers of Foreign Affairs and a number of major theologians of the Islamic East.