Middle East: Everyone for Himself

Chairman of the PIR Center Council Lt-Gen Yevgeny Buzhinsky (Ret.) speaks on the prospects for a collective security system in the Middle East, regional divergences and the influence of external forces in an interview with www.valdaiclub.com  on the sidelines of the Valdai Club’s Middle East Conference.

The idea of establishing a collective security system in the Middle East raises skepticism for many objective reasons. To begin with, there are many players in the region that claim a leading role, primarily, Saudi Arabia and Iran, cooperation between which is seriously complicated by religious divergence. The same applies to Egypt that was historically considered the leader in the Middle East but has now encountered fierce competition on the part of the countries that could not claim any role except for holding money or being a sponsor 30-40 years ago. Finally, there is Turkey that could in theory form an alliance with Saudi Arabia.

Saudi money has always been welcomed by Turkey that is pleased to receive it. Moreover, Turkey is even helping Saudi Arabia train its armed forces. However, for now it is hard to imagine an alliance in which one of these countries would accept a role as second in command. For this reason, US plans to establish some form of NATO in the Middle East are doomed to failure. Eventually I don’t see any streamlined collective security system in the Middle East.

The main goal today is to end the conflict in Syria and embark on economic recovery there. Russia will not be able to do this single-handedly but from the viewpoint of the future this is very important. Syria has always been at the crossroads of trade in the Middle East. Now it is necessary for everything there to stabilize. Judging by conversations with Syrians, at least half of the population would vote for Bashar al-Assad if an election were held today regardless of their religious preferences. So the “Assad must go” approach is not realistic, all the more so as there are few alternatives to him.

Second, something has to be done about Libya. Developments in Libya are a long way from promoting stabilization in North Africa. Whether siding with Khalifa Haftar or the Tripoli leaders, it is necessary to come to terms either way – I’m hoping this can be done with Russia’s mediation. I don’t believe in US mediation because the memories are too fresh. Even those who hated Muammar Gaddafi have to admit that under his rule Libya was the most prosperous country in the Middle East and North Africa. Given what was done to the Libyan leader, they are not ready to rush into the arms of the US regardless of their attitude to the former Libyan regime.

Third, it is necessary to avoid a conflict with Iran as far as this is possible. Israel’s stubborn attempts to mobilize the West, and in part the US, to share its rejection of Iran not only as a regional leader but even as a country that has the right to exist in its present form under religious leadership, are a source of concern.

Western policy negatively affects the situation in the region. I admit that the Western countries made a contribution to routing ISIS. But what is this coalition all about now? They are saying it’s an alliance of 69 countries, but the brunt of the burden is shouldered by the US, France, Germany, Britain and Australia. The others just fly their flags in this coalition. As for the US, its methods of fighting ISIS have been truly barbarous. Raqqa is the most graphic example. There was a lot of talk about Russia’s actions in Aleppo, in part its bombings, although our strikes were pin-point which is demonstrated by the fact that Aleppo was destroyed by ISIS units rather than the Russian Aerospace Forces. Aleppo has been functioning since its liberation from the militants. Yes, it is half in ruins but it’s alive. It is being restored and Syrians are coming back to it and on a decent scale.

Raqqa is another matter. The city has been razed to the ground and corpses are still lying in the streets. Average Syrians who want to return home cannot even think about it because their homes no longer exist and it is dangerous to go there. For this reason I consider the role of this coalition to be extremely negative. Let me repeat, this is not a coalition but the US and some of its closest allies.

Our diplomacy is very effective, especially in the Middle East. There is not a single country in the region with which Russia has tensions or bad relations or no ties at all. During Soviet times we had no relations with the Saudis and had very complicated ties with the Gulf monarchies. We were on very good terms with the countries we supported – Libya, Egypt, Syria and Sudan. They all collapsed in the 1990s. Now everyone is looking for our mediation, Egypt, for one. Egypt has a good historical memory and remembers our support in the 1970s and our attitude to the overthrow of Mubarak.

The US for whom Mubarak faithfully served for 30 years and was the main supporter of its policy in the Middle East, immediately betrayed him and denounced him as all but a criminal and a bloody dictator, applauding the Muslim Brotherhood that came to power. Russia occupied a very balanced position in this respect and welcomed the return of the secular authorities although they were dressed in military uniforms.

In general, attempts to impose Western-style democracy on countries that are founded on tribal principles are not feasible. Russia is not involved in this and this is why it has good relations with Saudi Arabia despite shouts from Washington. Military-technical cooperation is making headway and it has always been and will be the foundation of relations in the Middle East. This is borne out by the position of Donald Trump who signed an arms supply agreement worth $110 billion with Riyadh and presents this as his victory, bothering little about common values. 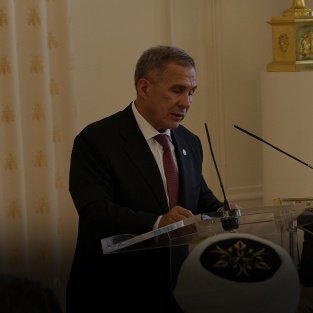 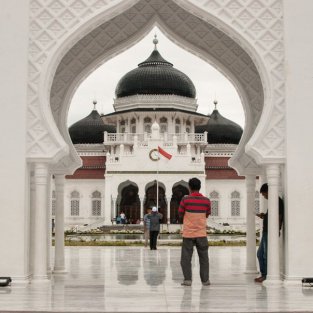