In 2020, for the first time since 1948, Americans, in the course of all sorts of caucuses, primaries, and presidential debates, will have their say on the U.S. role in the world. For the first time in more than 70 years the issue of American global leadership will become the hallmark of the presidential campaign. 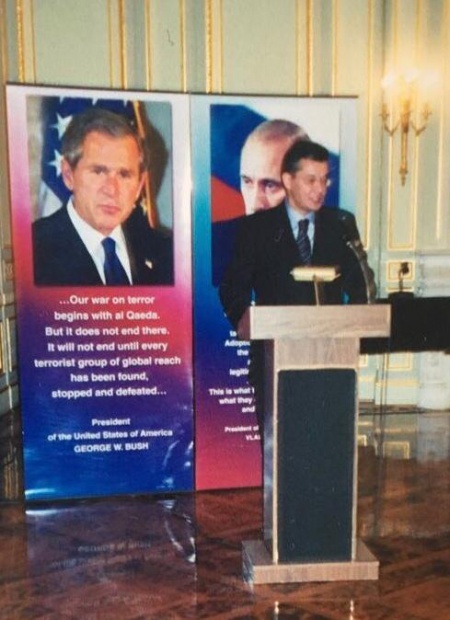 Zbigniew Brzezinski stressed the importance of this change when he wrote: “It is essential that America undertake a national effort to enhance the public’s understanding of America’s changing, and potentially dangerous, global circumstances”. He emphasized that “Public ignorance of the growing overall vulnerability of America’s domestic and foreign standing must be tackled deliberately, head-on, and from the top down”. [1]

Therefore, the fateful 2020 elections will require redefining and reaffirming America’s “central international role in keeping with the new objective and subjective conditions of the twenty-first century.” [1]

Otherwise, the U.S. as the global power might repeat the fate of the USSR. 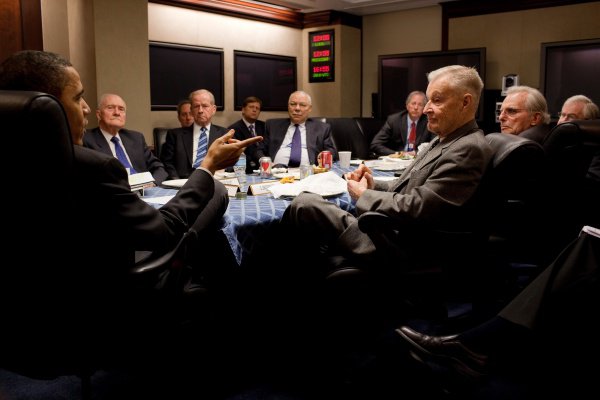 When the U.S. switched from isolationism to assuming the role of a global power it happened not because of a presidential campaign.  Woodrow Wilson sought re-election in 1916. in the midst of the First World War, he did so as a peace-loving candidate.  Yet, the threat of German victory in the face of millions of slaughtered British and French soldiers forced the U.S. to abandon its traditional neutrality and enter the war, to make the world safe for democracy. [2]   President Wilson’s decision provoked an unprecedented national debate, won by isolationists, and confirmed in the Neutrality Act of 1935.  However, it was Wilson, who created a precedent by holding a national debate on foreign policy.  After his proposal to create the League of Nations failed in Senate in 1919, he traveled across the nation promoting this idea.

In 1941, the U.S. again was forced to enter a world war by the infamous Japanese attack and German declaration of war, though in his presidential electoral campaign FDR promised to keep America away from foreign wars.  However, one should note that already back in August 1941, FDR claimed U.S. moral leadership and responsibility for the world affairs.  It was indicated in the Atlantic Charter, which later became the foundation of the U.N.

As it is well known, the outcome World War Two launched the U.S. as a global power.  The new status was reinforced by the US’ monopoly on atomic weapons and defined by the strategy of containment adopted by President Truman and directed against the spread of Communism.  This launched the Cold War. 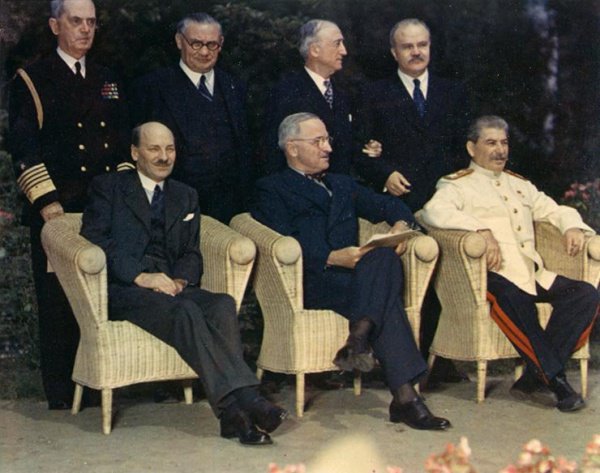 The first post-war presidential elections took place in the time of the Soviet blockade of West Berlin and brought a surprising victory to Truman. Both leading parties in the Congress shared the anticommunist ideology, the key element of his foreign policy.  Even Senator Robert A. Taft, Truman’s main rival, supported it.

Harry S. Truman was the first elected President whose inaugural speech was mostly focused on foreign policy, namely, the anticommunist program of the free world.  In 1949 the Senate ratified Truman’s North Atlantic Treaty. For the first time in its history the United States entered into a military alliance in a time of peace as the capstone of the American-sponsored new international order. [3]   From that point on, US foreign policy enjoyed strong bipartisan support  and thus was largely excluded from presidential campaigns.

The Truman doctrine spelled out the priority of vital foreign policy goals and was based on U.S. hegemony and a paternalistic approach towards allies.  This policy was dictated by relentless logic of the Cold War, when the U.S. provided assistance even to its former enemies: Japan and Germany.  America took over the lion's share of military spending burden, a great economic bonus to its allies.  In other words, America as the Free World hegemon was not reaping benefits from its status, providing services to its allies for free.

From paternalism to nationalism

The Truman doctrine shaped the worldview of several generations of American statesmen, regardless of their partisanship.  The concept of the U.S. hegemony was for them an immutable imperative, a constitutive political value, while a paternalistic policy was a necessary geopolitical tool.  However, even after the triumphant victory of the Truman doctrine over the Brezhnev one, the U.S. didn’t give up its paternalistic approach, due to the burden of tradition.  Sooner or later this contradiction had to erupt.

When the clash between paternalism and nationalism did flare up during the presidential elections of 2016, it took shape of a dangerous conflict between the current interests of voters influenced by national-populist ideology and the long-term interests of the American nation.  It resulted in the victory of Donald Trump and his nationalist program.  It is highly symbolic that he was elected almost exactly 70 years after the Cold War began, since it was he, as President, who decided to assign the antiquated paternalistic policy to the scrapyard of history.  Trump is the first President to subordinated foreign policy to his domestic agenda, as he promised his electorate.

He began this process with an unprecedented business-audit of the paternalistic policy: revising or rejecting all unfavorable agreements and encouraging protectionism in order to stimulate economic growth; taking measures for the repatriation of the foreign capital of American corporations. In order to create new jobs and decrease the tax burden, Trump diverted funds from international projects and foreign aid to domestic development goals, and reduced inefficient and unfair expenses related to membership in international organizations like UNESCO and UN Human Rights Council.  He applied the same philosophy to the Trans-Pacific Partnership (TPP) Program, NAFTA, Paris Climate Agreement, and Transatlantic Trade Agreement. 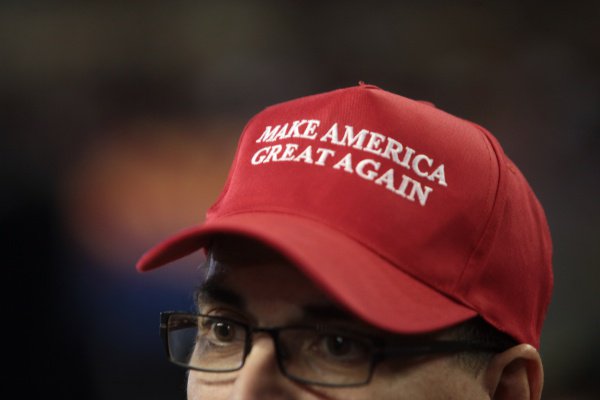 President Trump also intends to revise the role of global policeman that the U.S. was playing for the benefit of the rest of the world, but at no or little costs to its beneficiaries. He has already managed to secure consent of the NATO allies to increase their defense expenses.  At the same time the U.S. forces its European allies to buy expensive American LNG (Liquefied Natural Gas), allegedly in order to decrease their energy dependence from Russia.  By objecting the North Stream-2 pipeline construction President Trump unwillingly helps China gain a competitive edge over the European Union. Following the same pattern, Trump’s hardline stance against the nuclear deal with Iran went against interests of France, Germany, and the Great Britain, and caused unacceptable deterioration of relations with Turkey, NATO’s Muslim outpost.

Trump’s actions have drawn a lot of criticism: he is charged with lack of a well-thought-out foreign policy strategy.  However, one should be reminded that Trump’s policy is not a product of concepts and doctrines.  He is guided by his business pragmatism and has little respect for traditions inside the beltway. Indeed, against all conventional wisdom he launched a trade war on three fronts: against allies of America, and against its traditional rivals, Russia and China, nudging them closer to each other, unwillingly bringing back to life the Sino-Soviet alliance.

Was he really planning to defeat China in a lightning trade war? Or was it a deliberate calculation to get bogged down in trench warfare, where neither side can win a decisive victory? Could it be the first step toward regaining a missed chance that Brzezinski lamented, claiming that upon collapse of the USSR, the United States had “a unique opportunity to play an active role in helping to develop Eurasia’s new international architecture in order to fill the void created by the disappearance of the once continentally dominant Sino-Soviet bloc. That opportunity was wasted, and so now the task has to be undertaken in circumstances considerably more challenging for America?” [4]

It is quite obvious that the United States will face long tough competition against China, which replaced the USSR as the main U.S. rival. Back in the 1960s, the U.S. managed to secure an alliance with China against the USSR.  Now the situation has changed to its mirror image.

The 2020 Elections and Trump’s choice?

Whatever the answer is, “Trump may be one of those figures in history who appears from time to time to mark the end of an era and to force it to give up its old pretenses. It doesn’t necessarily mean that he knows this, or that he is considering any great alternative.” [5]   This remark by Kissinger leaves the question open at least for now. Maybe Trump’s foreign policy initiatives are just a reconnaissance operation on all fronts, testing the strength of the pillars of the world order’s architecture built in the ХХ century.  We’ll learn about Trump’s position on U.S. global leadership as he reveals the foreign policy part of his electoral program. 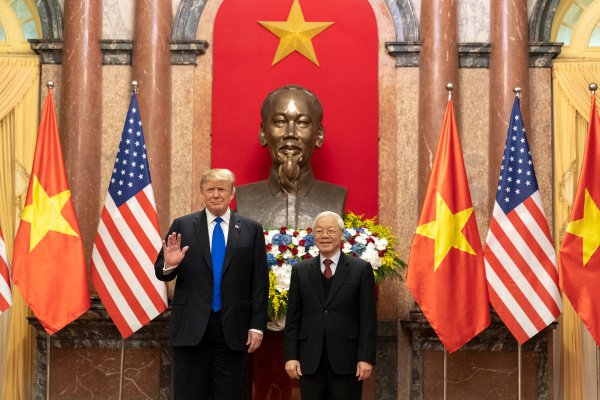 One thing is already clear: of declarations on NATO’s unqualified value and the need to strengthen North Atlantic solidarity, the framework of the Western community, will no longer suffice, because the radically changing global situation requires an adequate system of checks and balances to ensure an equilibrium among the centers of power.  What is required instead is creation of what Brzezinski called “larger and more vital West,” [4] which would spread its influence beyond frameworks, created by the U.S. in 20th Century.  This inevitably brings us back to the unavoidable question of Russia as a Eurasian power.

It would take a leader of the scale of Trump to define a new American foreign policy capable of reinforcing the severely shaken global architecture.  He could, for example, initiate a ‘Pacific Treaty’ on security and trade and economic cooperation between the United States, Japan, and Russia (RAJ).  As a part of this process Russia and Japan could finally sign the peace treaty and completely resolve the Kuril Islands’ issue.  As a result, the United States would play a historic role formally putting end to the Second World War and addressing sensitive territorial issue for Japan, its main Asian ally.  Needless to say, such a treaty could generate a trilateral intergovernmental RAJ commission for economic development of the Russian Pacific region and of the Kuril Islands. 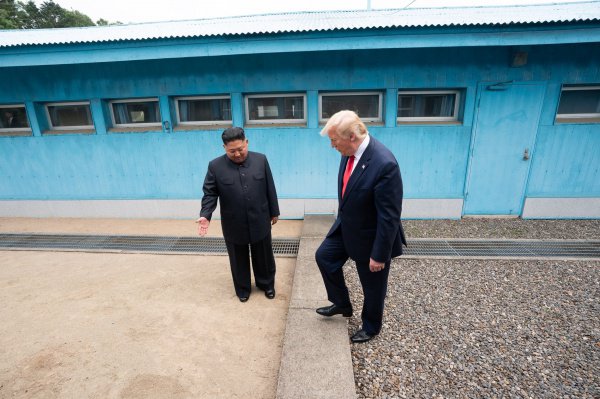 Whatever the outcome, the presidential elections of 2020 will answer the fateful question: is Russia a desirable ally or an ultimate foe? This is the crucial issue for defining XXI Century U.S. foreign policy doctrine.

P.S. During the 2020 Presidential elections, for the first time during the last 70 years, anti-American sentiments all over the world will overlap with the growing sense of isolationism in the United States.

But what will happen to the world, if U.S. abandons its global role?

What would be the U.N. without an American ambassador in the Security Council?

What kind of order would be established in the multipolar world beyond the boundaries of the Monroe Doctrine?

In order to figure out the answer one should just remember the history of 20th Century history with two World Wars generated in civilized Europe.

Asia would turn into one big Syria with multiple international, domestic, and sectarian conflicts with dozens of millions of refugees heading toward Europe.  There would be a wave of Islamic revolutions and a nuclear war of Muslim states against Israel, while the number of Nuclear Club members would grow exponentially.

And this is the optimistic scenario. 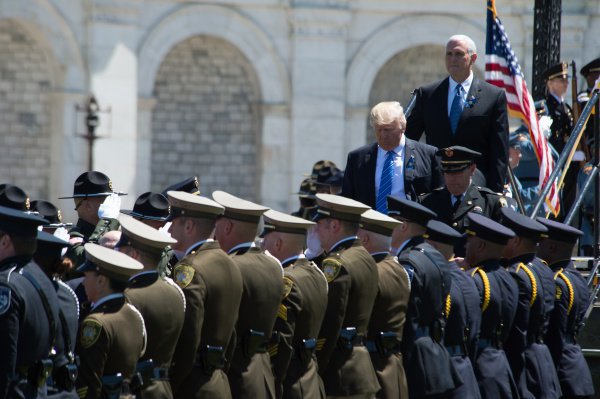 The catastrophic one would be stipulated by Chinese expansionist development, the Middle Kingdom’s impetuous desire to expand its influence and enhance its power.  Hence comes an inevitable prospect of exacerbation of the Sino-Indian, Indo-Pakistani and Russian-Chinese contradictions.  Sooner or later, these contradictions would move into a phase of military conflict with unavoidable use of nuclear weapons.  As a result, waves of refugees would flood Russia and European Union putting end to their European identity.

An isolationist policy will not protect the U.S. from nuclear, economic, and humanitarian catastrophes in Eurasia.  The fate of the world will inevitably be the fate of the United States.