Muslims of the Far East – what do we know about the remotest Muslim community?

What is the fate of Islam in the Far East? What is the life of the local Muslim community like? Is Islam here part of culture and history or was it introduced by new people? The answers to all these questions can be found in the research paper “Muslims in the Russian Far East: History and Modernity”, published by a group of researchers this year.

Russian Muslims are part of the country’s history

The presentation of the book, which took place as part of the scientific-practical conference “Muslims in the Russian Far East: History and Modernity”, was attended directly by the project leaders: Ahmad Hazrat Garifullin, Chairman of the Spiritual Board of Muslims of the Far East within the Central Spiritual Board of Muslims of Russia, and Alexey Starostin, Associate Professor of the Department of Theology of the Ural State Mining University, Associate Professor of the Department of Archaeology and Ethnology of the Ural Federal University named after the first President of Russia B.N. Yeltsin. It should be noted that the project was supported by the Presidential Grants Foundation and included field research in 11 regions of Eastern Siberia and the Far East, over 150 interviews, unique information from 12 regional and federal archives, about 1000 statistical charts and tables reflecting the history and current state of the Muslim community in the Far East. 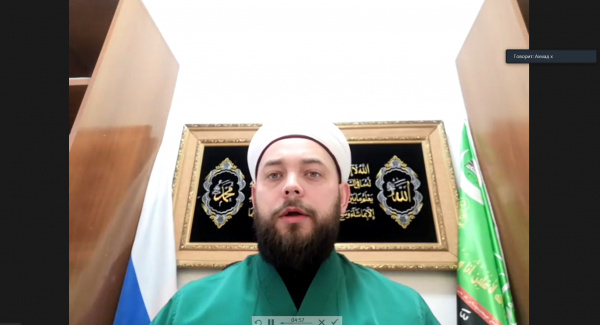 “I would like to begin our meeting with the words of the Almighty Creator, namely the Clot surah. Muhammad’s prophecy started with the very these words, which launched the whole cycle of all Islamic science, Islamic preaching. The first word, the first ayah: “Read in the name of your Lord who created, created man from a clot. Read and your Lord is the most generous, who taught by the pen, taught man that which he knew not”, Hazrat addressed the audience at the online platform.

According to Garifullin, the research presented in the book is a mark for the future generation that, by studying and reading these lines, will understand that Russia is a multinational and multi-confessional country, and that the Far East is not an exception. “We did our best to remind that Russian Muslims are indigenous residents, who were born here, who have been living here and who continue to build the state and separate regions. Our book is another proof to the words of our President Vladimir Putin that Muslims of our region are not newcomers but natives. They have been building the region”, the speaker highlighted. “I am convinced that our work will give a definite boost to development of civil society, consolidation of inter-confessional dialogue, development of inter-ethnic relations and activities. It will help migrants to adapt in the Far East and contribute to peaceful neighborhood”.

As Ahmad Hazrat noted, while preparing the material, the team faced certain challenges. “The difficult psychological state of society and the coronavirus pandemic have added certain intensity to everyday life. In the context of bans and restrictions imposed and closure of certain areas and regions, it was rather complicated to work, so archival data was particularly helpful”.

The census does not always accurately reflect religious affiliation

The study of the population census from 1926 to 2010 made it possible to understand how the local population was changing in historical perspective in terms of gender, territorial affiliation and age. Dmitry Rudenkin, Associate Professor of the Ural Humanitarian Institute of the Ural Federal University spoke about this. According to him, depending on the year, not only did the ethnic and religious composition of the region change, but also its very structure – new administrative units were created and regions were redistributed. This, for instance, happened to the Kamchatka District, which has changed its status three times.

“Unfortunately, censuses do not reflect all the data. Sometimes, available data had to be “finalized”. For instance, in the 2002 census there was no data on the ratio of male and female population, as well as on the percentage ratio of urban and rural population”, the expert stressed. 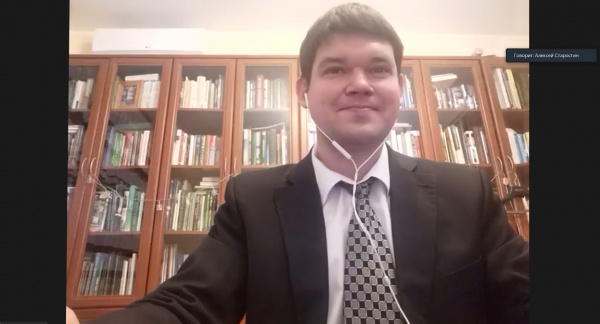 “It should be noted that representatives of various nationalities and religions, including those who traditionally practiced Islam, participated in the development of the Far East. In 2000-2010, the migration process had a serious impact on the social and economic situation. The number of immigrants from Central Asia and Transcaucasia, who brought with them their ethnic and religious traditions, began to build mosques. This is how they formed the Islamic infrastructure”, Starostin highlighted. “Unfortunately, due to the growth of migrants, we are now witnessing the situation when Islam begins to be perceived as the religion of newcomers. However, according to the history, already in the second half of the XIX and early XX centuries, large mosques appeared in all major cities of the Far East and Islamic communities began to be formed”.

The expert is convinced that the work done and the communication of the results to general public can serve to overcome migrant-phobia and xenophobia, as well as contribute to harmonization of inter-ethnic and inter-religious relations.

In the course of the research, the project team recorded interviews with religious and public figures, leaders of ethno-cultural public associations and aksakals. Simultaneously, archives, libraries and museums were consulted. As a result, the book comprised the materials concerning the development of Muslim communities in each region of the Far East, unique historical and contemporary photographs, archival documents, some of which appeared to be in scientific circulation for the first time.

It is noteworthy that the book is accompanied by a disc with all its appendices, including thousands of tables and charts, which reflect the ethno-demographic processes within the Muslim community of the Far East and make it possible to get a full retrospective picture of the development of the Muslim community.

Muslims of the Far East: from the Russian Empire to the present day 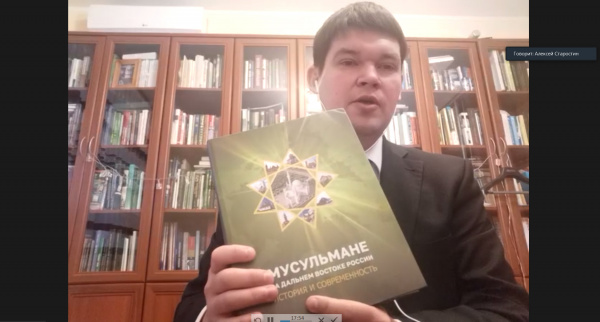 The book is divided into three chapters, each of which focuses on a particular period. Thus, the first part of the book describes the imperial period as the development of Muslim communities in six guberniyas and regions of the Russian Empire. “If we refer to historical documents, we will find out that the first Muslims emerged in Eastern Siberia and the Far East in the XVII century as part of the military detachments sent to explore the territory (they were military Tatars), who usually worked as interpreters. But no information on their observance of the ritual component of Islam has been preserved”, - Alexey Starostin told. “As far as the permanent presence of Muslims in this region is concerned, this is the late XVIII and early XIX centuries. This is when the first villages inhabited by the Tatars appeared in Transbaikalia. The documents confirming the time of the construction of the first mosque (1833) have survived. Already by the second half of the XIX century, a large number of Muslims had been attracted to the region”.

The second chapter is dedicated to the Soviet period. “The Soviet period is the least provided with historical sources on the life of the Muslims in the Far East. After the closure of mosques in the 1930-s, references to Muslim religious practices in official documents are sparse. The Islamic norms, especially the rites of life, were observed at family level. Even immigrants of the 1940-1950s from the Volga region brought Arabic books, which were kept in families, with them. The aksakals of the local communities told us about this in interviews. There was also the institution of informal mullahs who performed the basic rites of life”, the researchers noted.

According to Starostin, in the course of the research work, they managed to typify local Muslim communities that were formed during the time period under study. This is about rural and urban communities; ummahs emerging at industrial settlements and railway stations; Muslim communities at military garrisons and prison communities.

“In the book one can find the information about imams, merchants, who financed Muslim parishes and assisted in their development, as well as about ordinary people, whose fates we have managed to restore. We found some of the data in Ufa’s archives”, Starostin highlighted. According to him, the formation of large communities of natives of Central Asia and the North Caucasus republics is a gradual process.

The last part of the monograph, dedicated to the current state of the Islamic community of the Far East, is of considerable interest. The researcher is convinced that the modern period in the life of the Muslim communities in the Far East is characterized by a small number of officially registered Muslim religious organizations (41 or 2.6% of all registered ROs in the FEFD); a relatively small number of specially built mosques (Nakhodka, Yakutsk, Ulan-Ude, Blagoveshchensk, Birobidzhan, Komsomolsk-on-Amur, Ussuriysk, Aikhal, mosques being built in Aldan, Neryungri, Zhatai, preparations for building a mosque in Khabarovsk are underway); a motley ethnic composition: the peoples of the Volga region, the peoples of the North Caucasus and Transcaucasia, and the peoples of Central Asia play an active part in religious life and the leadership of Muslim communities, as well as being actively involved in social and charitable projects and in inter-religious dialogue.

The authors of the book did not omit the educational and social initiatives of Muslim religious organizations, their charitable activities, interaction with authorities and representatives of other confessions, work for the socio-cultural adaptation of migrants, participation in the harmonization of ethno-confessional relations and prevention of extremist manifestations.