What should be Russia’s information cooperation with countries of the Islamic world like? What should be paid attention to in the first place in order to effectively counter the information agenda imposed by the West? The participants of the panel discussion ‘Information Cooperation between Russia and the OIC Countries’ within the framework of the XII International Economic Summit ‘Russia – Islamic World: KazanSummit 2021’ tried to find answers to these questions.

Objectivity of modern mass media is a priority

It is worth noting that throughout its existence, the Summit has paid special attention to media issues, while becoming an active media venue. This was stated by Farit Mukhametshin, Deputy Chairman of the Strategic Vision Group ‘Russia – Islamic World’, during the discussion on the potential of information cooperation between Russia and the Islamic world. According to him, objectivity of modern mass media and international information security are especially important today. ‘Directly for the Strategic Vision Group, contacts with the mass media have always been a priority. In 2015, the information track was elevated to the level of a separate area of work. And today’s our meeting is a confirmation of that’, Mukhametshin added. 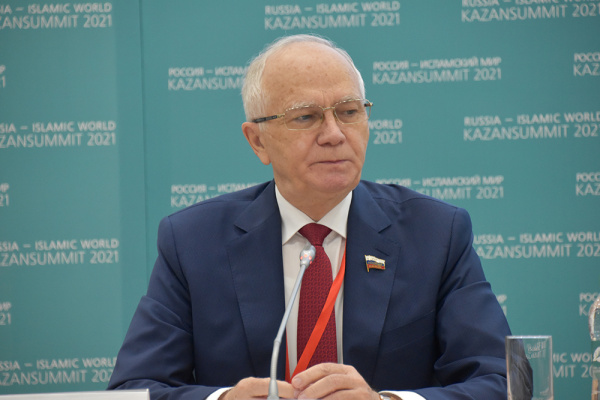 He is convinced that there is a need to identify the potential of Russia’s interaction with the Islamic countries in the information space and identify factors contributing to the improvement of the image of the relations between the Russian Federation and OIC member states in the world arena. ‘To my mind, today’s conference can give an impetus to the development of information cooperation between Russia and countries of the Islamic world in general. We propose to create on the basis of the Strategic Vision Group a practical venue for permanent meetings and networking of specialists in the information sphere. We also look forward to the near positive prospects of signing an agreement between the Union of OIC News Agencies and the Russia Today News Agency’, the speaker added during his speech.

In conclusion, Farit Mukhametshin reminded that the Strategic Vision Group paid special attention to the development of inter-civilizational dialogue. ‘Our approaches are based on the recognition of the fact that the Islamic world today sees world development in its own way. It is the countries of the East that are now becoming the sources of new ideas and preservation of traditional values. In its turn, Russia, which belongs to both the West, and the East, and to the Christian and Muslim worlds, plays a special role in the modern world. And the development of public diplomacy for our country is more important that than for any other country. Russia and countries of the Islamic world are natural allies in upholding the civilizational and cultural diversity and development of human society’, the speaker concluded.

Journalists and stereotypes about Islam

Ambassador Extraordinary and Plenipotentiary, Permanent Representative to the Organization of Islamic Cooperation, Ramazan Abdulatipov joined his colleague’s words. He noted that it was crucial to develop a dialogue between representatives of the Muslim and Christian worlds in the context of modern realities. 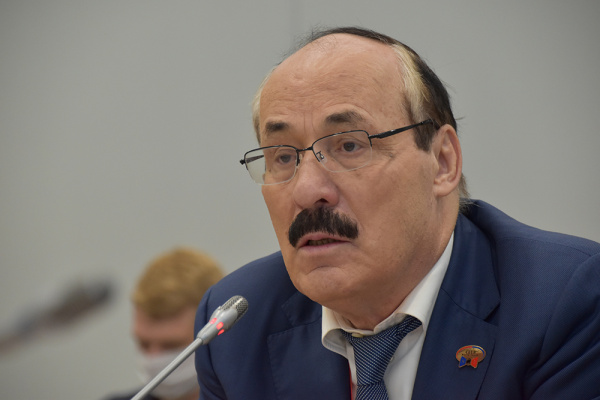 ‘In the sphere of Muslim-Christian dialogue Russia has a great experience, which is also appreciated by the Secretary General of the Organization of Islamic Cooperation’, Abdulatipov highlighted. According to him, in the studies regularly carried out by the OIC in the field of exacerbation of Islamophobic sentiments, Russia has been mentioned in a negative way not once. ‘The office does not just see, but appreciates Russia’s experience in building an effective inter-religious dialogue’, the speaker added.

‘As far as the work with media representatives is concerned, Abdulatipov drew attention to the fact that a lot of journalists still have stereotypes and prejudices about Islam and the Muslim world in general, including Russia. ‘At the same time this position is not supported by our state: President Vladimir Putin always says that Russia is not only a great Christian state, but also a Muslim one. It is in our power to continue to establish the existing dialogue’, the speaker is convinced.

In this regard, the Russian Permanent Representative of Russia to the Organization of Islamic Cooperation suggested that the academic capacity should be included in the study of religious dialogue issues, with a focus on journalists.

Abdulatipov also reminded the audience of the Meccan Declaration, which was signed by 130 countries. It refers to a moderate Islam, without fanaticism and excesses, where the civil identity of man comes first. Therefore, Ramazan Abdulatipov is convinced that society needs a new civilizational approach. ‘Religion cannot and is not the main criterion for evaluating civilization. World order, culture, social order, law, morality, traditions, etc. – civilization consists of the complex of all these things’, the Russian Permanent Representative of Russia to the Organization of Islamic Cooperation said.

In conclusion, Abdulatipov reiterated the merits of Tatarstan and the Strategic Vision Group in creating one of the most effective venues in the Islamic world – KazanSummit.

Tatarstan is the leading media centre of the country

Alexander Bikantov, Head of the Press Centre of the Ministry of Foreign Affairs, Deputy Director of the Department of Information and Press, was also among the honoured guests of the panel discussion. He took the opportunity to highlight the contribution of the Strategic Vision Group to harmonization of relations between Russia and the Muslim world, calling the organization’s work an effective example of public diplomacy. ‘Relations with the Islamic world are one of the priorities of Russia’s foreign policy. Since the start of the Group’s activities, the interaction has reached a new level. The huge potential of the Group makes a useful contribution to the harmonization of relations between the Muslim and non-Muslim worlds, helps build bridges of mutual understanding between people, and combats Islamophobia and Christianophobia. Such successes are due to the fact that there are major experts in the field of Islam in the country’, the representative of the Ministry of Foreign Affairs is convinced. 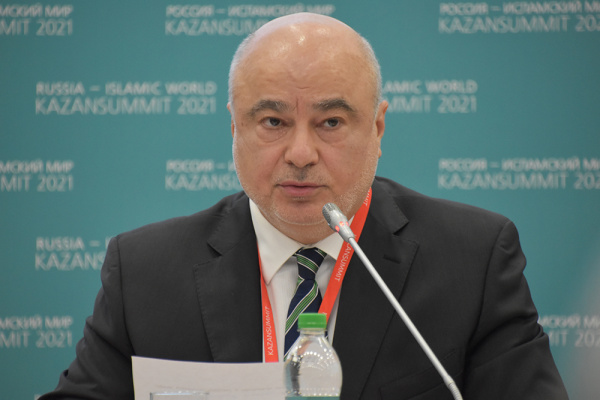 The speaker noted that in the context of total informatisation, the positioning of the Muslim factor and cooperation in the unified information space was becoming increasingly important. According to Bikantov, the modern agenda is largely shaped in the East. ‘Today’s hallmark of Eastern countries is the emergence of large and authoritative mass media on a global scale. This shows the strong influence of the media of Muslim countries on international audience, use of advanced technologies and extensive broadcasting system’, the speaker added.

During his speech, Alexander Bikantov noted that there was mutual interest in partnership, there were great opportunities for development through through national media, including creation of news programmes and experience borrowing. ‘Moscow and the Muslim world are interested in preventing information wars in the world. Today we are witnessing a global information war of the West against Muslim countries, including the media. Negative events are highlighted; existing problems are exaggerated, while successes are suppressed. Thus, opponents are weakened through maximum discrediting in the global information space. We all stand for free access to information and respect for the rights of all journalists. One of our priorities is to fight against fakes and misinformation and to fight against stereotypes. Only by joining forces we can effectively resist information wars and change the balance in the media environment in favour of justice’, Alexander Bikantov assured the audience. At the same time, it is extremely important to ensure proper media support for diplomatic cooperation.

Summing up his speech and wishing the participants of the discussion to reach a consensus, Alexander Bikantov noted that it was the Republic of Tatarstan which is the leading media centre of Russia.

According to a member of the Egyptian Foreign Affairs Commission, writer Doha Assi, only when there is cultural development one can speak about other spheres of cooperation – business, economics, and politics. The expert noted the high role of cinematography in the study of cultures of other countries and peoples (they love broadcast Russian films in Egypt). ‘Cinema makes it possible to get to know each other better. We need to organize an annual film festival and start bringing books from Russia again. There are things we need to work on and there are always opportunities for that’, Doha concluded. 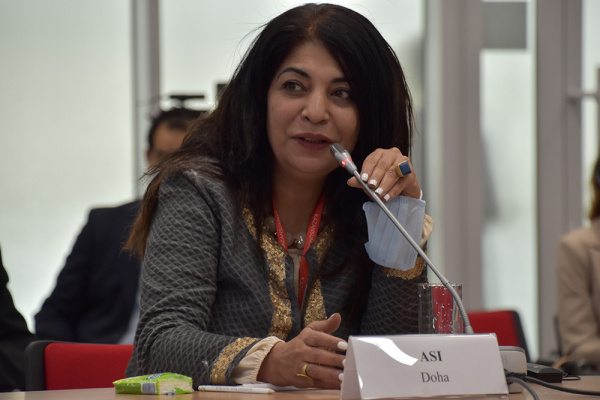 In her turn, Yulia Sharifullina, Deputy Editor-in-Chief of the TASS news agency, spoke in more detail about what prevents the production of a quality product. According to her, speakers should try not to repeat the voiced position of the country, but introduce something new, even if just in a couple of phrases. ‘Of course, we should not forget about the picture, which today, in the age of social media popularity, is in the first place. Do not be afraid to show the picture’, Sharifullina concluded. 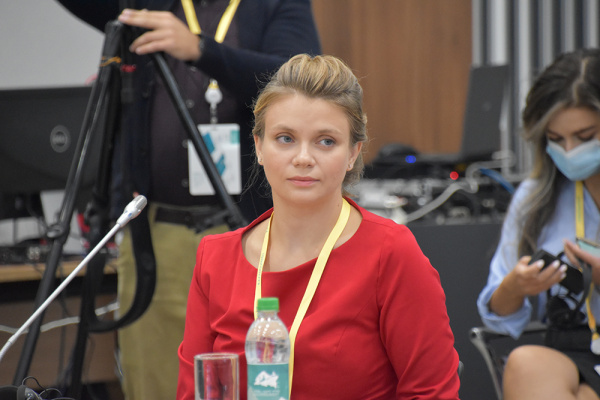 Her words were supported by Asya Samoylova, Head of the Department of the International Projects Centre of the Rossiya Segodnya News Agency. ‘It is important for all of us to conducts and establish a stable professional dialogue with our colleagues, including within the framework of the agreement on cooperation with media organizations of the Islamic world’, Samoylova noted.
One of the key speeches within the discussion was delivered by Hazem Abdo, Head of the International Department of the OIC Union of News Agencies. He is convinced that despite different geography, cultural interaction that exists between us, the notion of friendship, interpenetration between Islamic culture and the culture of Russia is important for further cooperation. 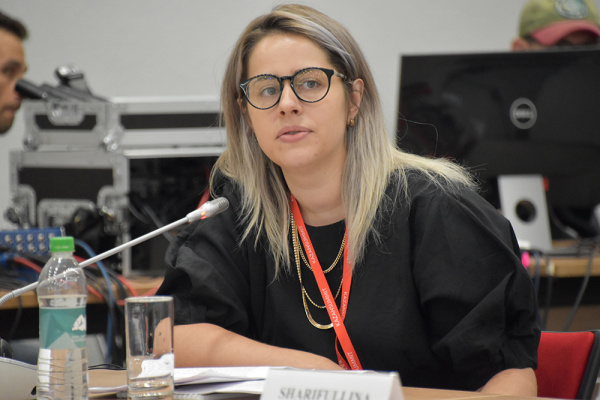 ‘There are certain issues that need to be resolved as soon as possible. Russia has a lot of experience in conducting news policy and in the activities of journalists’ organizations. There are a number of opportunities and forms of cooperation to resolve pressing issues. We can see that meeting is being held with the participation of a large number of specialists from different countries. This shows that the cooperation between Russia and the Islamic world continues despite the existing problems. It is of great importance not only to hear, but also to listen to another point of view. For that it is important to know why this or that event takes place. It is important to speak and maintain the dialogue’, Mr. Abdo summed up the meeting. 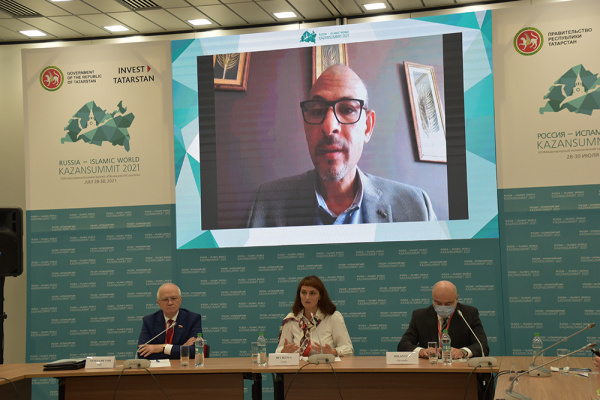 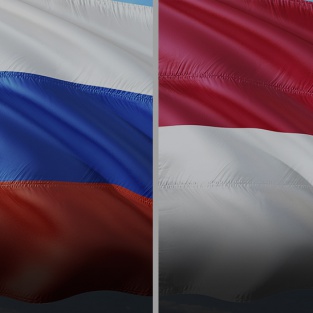 KazanSummit-2020: What to know about Indonesian business
10 June