Farit Mukhametshin: “There are neither inter-religious, nor inter-ethnic contradictions in Russia…”

Today the opening ceremony of the jubilee XV Kazan International Festival of Muslim Cinema has been held in the Tatar State Academic Theatre of Galiaskar Kamal in Kazan. Farit Mukhametshin, Deputy Chairman of the Strategic Vision Group “Russia – Islamic World” has taken part in the Festival. According to his words, the establishment of a special nomination with the same name as the Group is already a significant contribution to the promotion of the ideas of humanism, knowing each other through learning culture and traditions of other peoples.

-Today is the third time we have announced the establishment of a separate award in the framework of the Muslim Film Festival. The selected jury will award the prize and give the monetary reward to the film, which meets the concepts of our Group. They are human values, such as peacefulness, stability, protection and preservation of our centuries-old and rich traditions, prevention of extremist manifestations. When we were thinking about the establishment of that award, we hoped there would be such a work that would meet all the aforementioned requirements.

As far as the festival programme is concerned, watching the presentation of works of the directors from all over the world today, we have seen how they openly stated the problems of their concern and their vision of the modern world situation. It especially relates to the spirituality and preservation of national traditions under conditions of universal globalization. In their works cinematographers speak about problems of their countries.

It is of great importance, because discussing these issues and considering them together, we begin to understand problems of other countries and ethnic groups through films. All these problems are very similar to each other regardless of the sphere of activity that can be education, science, culture or social life. This is the reason why it is very important nowadays to work together in order to resolve problems of our civilizations, which have a long history, and to be able to preserve all the good things, going hand in hand, developing the existing stability without ceasing the dialogue. 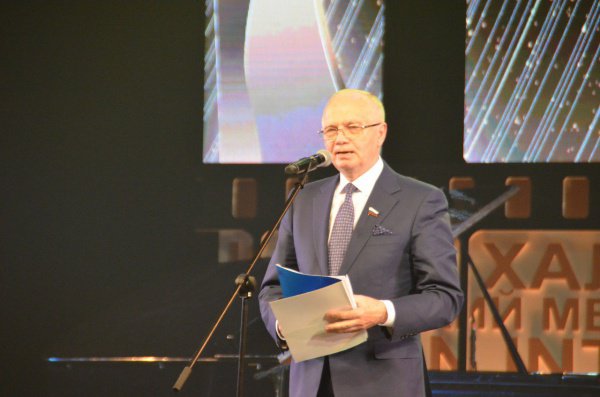 As Mukhametshin emphasizes, the very participation in the Festival of Muslim Cinema and in the events of the KazanSummit determines the interest of the Strategic Vision Group “Russia-Islamic World” in active work with guests, delegations, because among the invited guests one can see the ambassadors from the countries of the Islamic World.

-In addition to it, through the establishment of the separate nomination “Russia – Islamic World” we want to say that we support this direction, this festival, especially since it is held in Kazan under the aegis of the President of the Tatarstan Republic and with the support of the Government of Tatarstan. It is quite complicated to organize such an event: it requires certain organizational, financial and intellectual capabilities. We will continue to support such initiatives not only from the perspective of Tatarstan, but also from the perspective of Russia.

As far as the Strategic Vision Group “Russia – Islamic World” is concerned, it was founded due to the initiative of Evgeniy Primakov and Mintimer Shaimiev. Today the activity of the Group is at a new stage of development.

-Already for several years our work has been headed by the President of Tatarstan, Rustam Minnikhanov, who realizes the fact that today we need new approaches, a new, fresh point of view on the existing problems and requirements in the society. The world is changing and we have to act on the basis of the renewed needs of the society. The members of the Group are 33 well-known political and public figures from 27 Muslim states, including former Prime Ministers, former Ministers for Foreign Affairs, people from the sphere of science and culture, a number of great theologians of the Islamic East from Indonesia, Morocco, Saudi Arabia, Iran, Kuwait and many others. Each of the participants makes their invaluable contribution to the work of the Group, from which we receive later a conceptual plan for the entire work of the organization.

According to Farit Mukhametshin’s words, today a plan for the next meeting of the Group participants, which will be held in one of the countries of the Islamic World, has been considered. For example, last year the meeting was held in Dagestan, where the problems of the younger generation, spread of radicalism and development of effective methods to combat it were raised. In addition to it, the participants of the meeting were focused in particular on what measures to counteract the ideology of radicalism and to strengthen inter-ethnic and inter-religious harmony one can undertake in Russia and abroad, including the sphere of active assistance to the authorities.

-As a member of the Federation Council Committee on Foreign Affairs, I would like to point it out that through parliamentary contacts we are also trying to convey our concern about modern problems, to call for joint consideration of emerging issues and difficulties and to look for the best ways of their resolution. I want to remind that tomorrow in the framework of our Strategic Vision Group “Russia – Islamic World” the meeting of the youth from OIC countries will be held at the Bulgarian Islamic Academy. More than 40 young people from 32 countries have come here in order to discuss the problems they are interested in. Nowadays the youth have a lot of pressing issues and they have their own point of view on what is happening around. We should understand how and what they think about, what problems they have and whether it is possible to support them or make them change their mind. The work with the youth in the Group is one of the most important directions.

More than 20 international events in different spheres have been planned in the framework of the Group. It includes the cooperation with the Spiritual Administration of Muslims, including their support in various events and cooperation with the Department for External Church Relations of the Russian Orthodox Church. 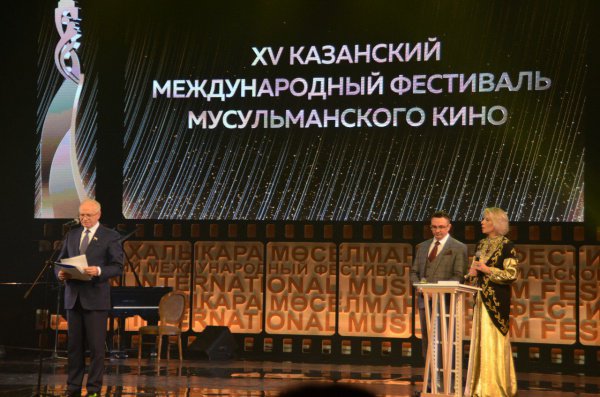 -Now the exhibition “People Speaking about Islam in Russia” is held in Muslim countries. Soon it will reach Indonesia. The exhibition has been held for the second year running. When our foreign opponents get acquainted with the real state of Islam in the Russian Federation, they begin to realize that very friendly and tolerant people live here, there are many nationalities and adherents of various religious beliefs who have lived in peace and harmony for dozens of centuries and who for a certain period of time have managed to create a civilization, which is a great example to follow for many countries. There are neither inter-religious, nor inter-ethnic contradictions in Russia. We are just eager to live together in one state.

According to the words of Deputy Chairman of the Strategic Vision Group “Russia – Islamic World”, Farit Mukhametshin, the Group is not the only public formation that works to establish and develop relations between Russia and the Islamic World. But it is the Group that unites all the actions and looks for common points for other public organizations and funds to make efforts together in order to achieve the common goal.

-Our Strategic Vision Group has already launched a trilingual website (Russian, English, and Arabic). There will be touched upon not only issues related to our work, but also those aspects that are connected with the relations between Russia and the Islamic World. In addition to it, we will tell about what is happening there and in Russia and how some world events are interpreted. Our Internet resource will become a platform for various public figures, theologians and leaders of Muslim public organizations to speak.