How is Eid al-Fitr celebrated in different countries of the world?

Muslims worldwide celebrate Eid al-Fitr, a three-day festival of breaking the fast, by marking the end of Ramadan, the holy month of fasting.

The Muslim (or Hijri) calendar is based on the movement of the Moon, that is why the beginning and the end of Ramadan varies in different countries and sometimes in different regions within one state. For instance, in 2019 (in A.H. 1440) some countries (Saudi Arabia, Turkey, Kuwait, Qatar, UAE, Afghanistan, Iraq, Nigeria) celebrated the end of fasting on June, 4, while other countries (Syria, Egypt, Indonesia, Japan, Malaysia, India, Australia, Jordan) celebrated it on June, 5. 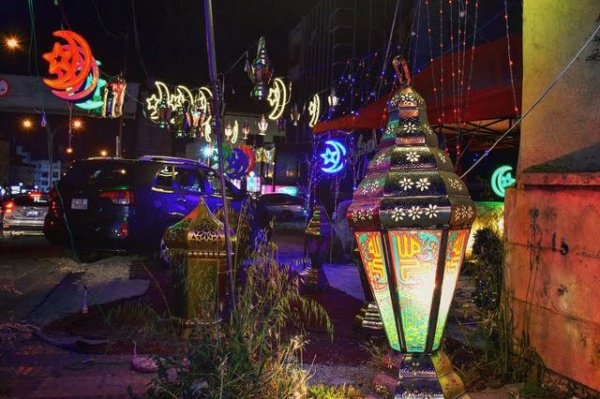 As a rule, Eid al-Fitr celebrations begin with a special festive prayer, the time of which comes half an hour after sunrise. It is preceded by reading the surahs of the Holy Quran and preaching by religious figures. After namaz celebration continues, as a rule, outside in the framework of special festivals and visits to relatives and friends.

Despite the single message of the festival, each country has its own national flavour. For example, in Turkey people get ready for the end of fasting beforehand: people buy new clothes, food and sweets, which are treated to all neighbours, children and guests during Eid al-Fitr. On the eve of this day many shops offer good discounts. After the festival shop counters are usually empty. In addition to it, visitors very often can get free sweets in shops and shopping centres.

- Early in the morning Muslims put on their new or their best clothes and go to mosques in order to pray. In the morning or in the afternoon children visit their neighbours, where they are treated to something sweet and given some money. Persimmon is especially popular on this day, - Umut Badakoglu, a graduate student of the Ankara University, tells.

- On the first day of the festival, Muslims traditionally ask forgiveness from each other, children visit their parents. We respect our elders, that is why when parents come to our houses, their hands are kissed. 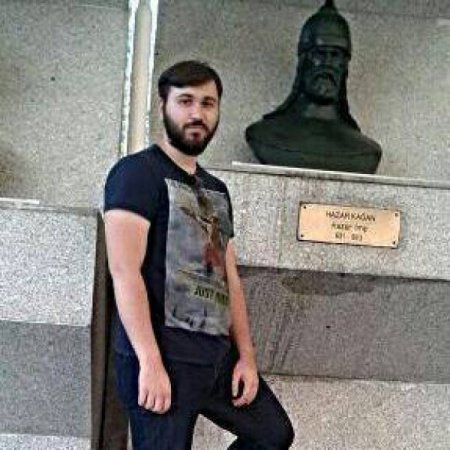 All the guests are welcomed and given sweets. There are even certain words, which Muslims say when they meet someone: “May this day be blessed”.

- Eid al-Fitr in Palestine also begins with the visit of cemetery, where the Quran is read over the graves. All this goes on before the festive namaz, - Adam Turabi, a Kazan student, tells.

On the eve of the festival women cook various sweets. Ma’amoul is an especially popular dish (it is made with dates). It is obvious that all the preparations for the festival begin in advance: food is bought, houses are cleaned, the most beautiful clothes are put on. 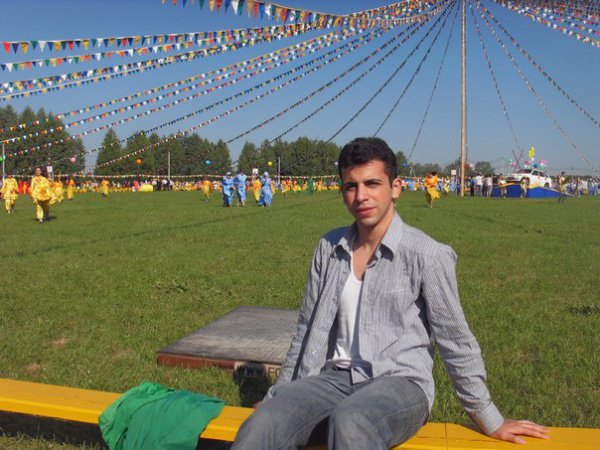 Men go to the festive namaz together with their children. After the prayer families gather together at home, have breakfast and visit their relatives and friends. It is also customary for children to buy food for their parents.

Eid al-Fitr is one of the most important days of the year for all the Muslim peoples.

- Everybody knows that it is forbidden to quarrel and be rude during Ramadan Month. All people try to follow these rules. I’m glad to notice that recently the Turkmen youth has become more imbued with the religious component of our life, - Ramazan Iskanderov shares his observations. - I was surprised to see how many young people keep fast and visit regularly mosques. Last year during the fasting I went to my grandfather every evening and we made Iftar together.

At the end of the month “Gadyr Gijesi” is celebrated in Turkmenistan. On this day each family cooks seven different dishes: pilaf, baursaks, dograma, manti, shurpa and, of course, all kinds of sweets and fruit.

-On this day the elder reads excerpts from the Quran in every family up to the very morning. Some people go outside, gather in a house where there is a topchan and they also sit until morning.

Many people often ask how long Eid al-Fitr is celebrated – one day or three days. For instance, in Afghanistan Eid al-Fitr is celebrated all three days, which are officially days-off. When the first day comes, every Muslim together with his Ummah go to a mosque early in the morning in order to read the festive namaz. After the namaz each of them returns home to their families to celebrate this significant for all the Muslims holiday together with their relatives.

- It is also customary to visit grandparents, close relatives and visit friends, - Kaiis Barakzay, a graduate of Kazan Chemistry and Technology University, says. “Very often the whole family goes to the countryside for this time. During these three days the elder generation gives money to children. This tradition is called Eidi. If one looks out of the window on this day one can see people playing everywhere and hear national music in parks. There is a great variety of national Afghan dishes on tables. They are various national sweets, such as sheerpira, gor, chylovi, firni, and manti, pilaf, dopiaza, karma and a lot of dried fruit. 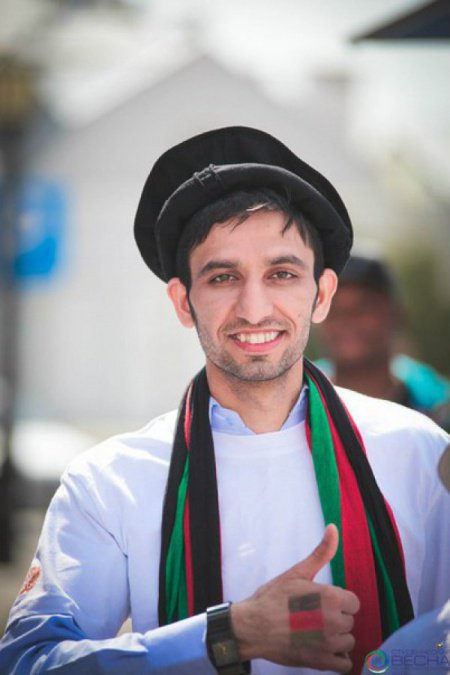 Tea and dates are obligatory components of the festive table during Eid al-Fitr in Azerbaijan. Eid al-Fitr is an Islamic sacred holiday; it is a day of mercy, friendship and mutual assistance to each other. On this day Sadaqat al-Fitr is given, men go to mosques for the festive prayer, where they hear congratulations from every corner.

In Syria, despite the difficult political situation, faithful Muslims also have begun the preparations for Eid al-Fitr.

- In the morning, after the festive prayer in mosques, the Arabs go to cemeteries in order to visit their relatives. The graves are splashed with water, reyhan (basil) is placed on top and surah Al-Fatiha is read. Meanwhile women cook special sweets for Eid al-Fitr at home (ma’amoul – biscuits with dates and pistachios). The rich festive table is decorated with numerous Arabic dishes of beans, rice and meat. The grandiose atmosphere of general holiday and joy is everywhere. Poor people are given Sadaqat al-Fitr in the form of money or food. In honour of Eid al-Fitr, people who are in quarrel, make peace and forgive each other”, Abdullah, a student studying in Russia, recalls.

-The most important on this day is family. At first, all the relatives gather at the eldest family member, they have dinner together and congratulate each other. On the other days we visit our distant relatives and friends.

Below there are the pictures from different parts of the world. 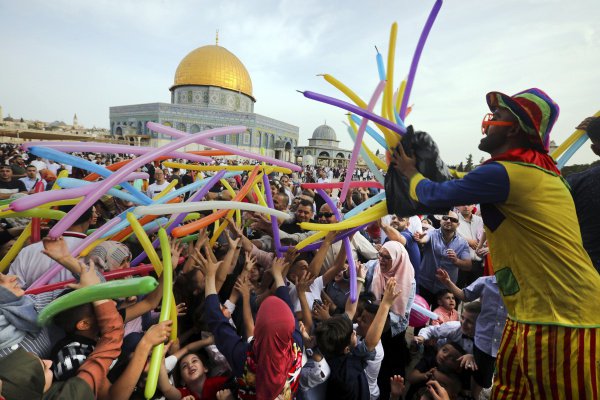 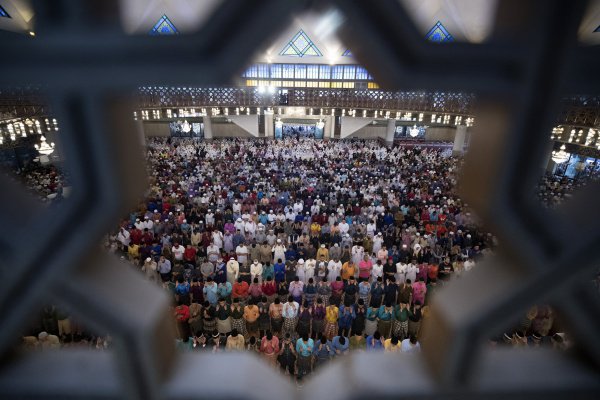 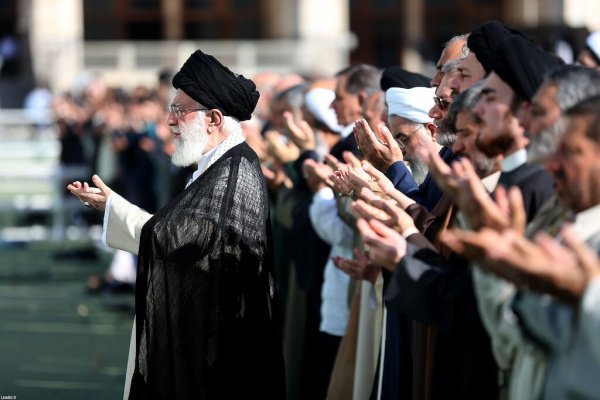 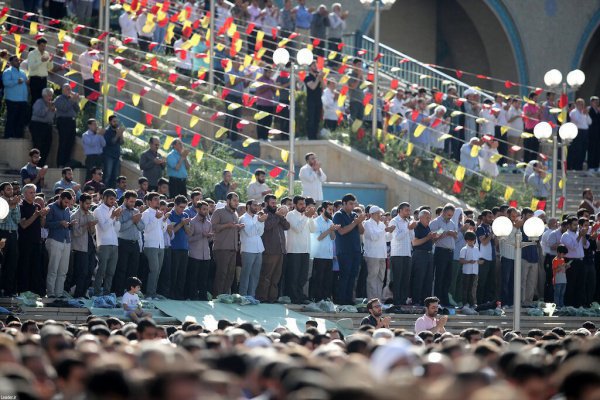 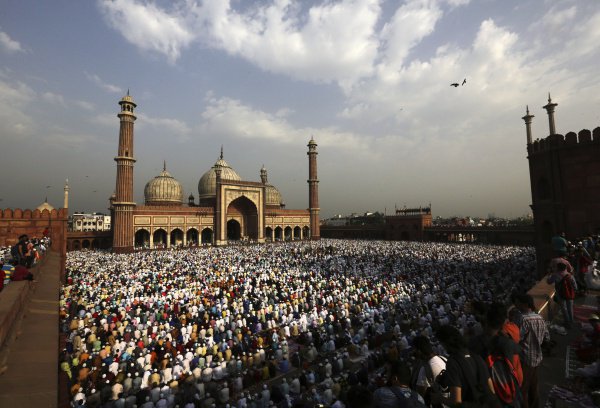