Safarnama: a journey through time to the Mughal monuments in South Asia

The travel blog stopped being a modern trend, some fleeting fad. The Persians called it "safarnama", the story of travel. Nasir Khusraw, a Persian philosopher and writer, created his first safarnama, where he wrote:

What does the journey give us? This is not just an opportunity to visit iconic places known for their inimitable architecture or unique natural phenomena, but also to meet completely different people who are carriers of different cultures and traditions. In own way, this is a chance for some short period of time to become an anthropologist, discovering new places for people and for people around. Traveling is the knowledge of oneself, the ability to look inside one’s nature and discover hitherto unknown information about oneself ...

“Someone quickly finds the final destination, just leaving the house. Some, like me, traveling, without having an end point, all my life ... "
Ahmad Faraz

Let's take a virtual walk with you on the significant monuments of the Mughal Empire located in the territory of South Asia. 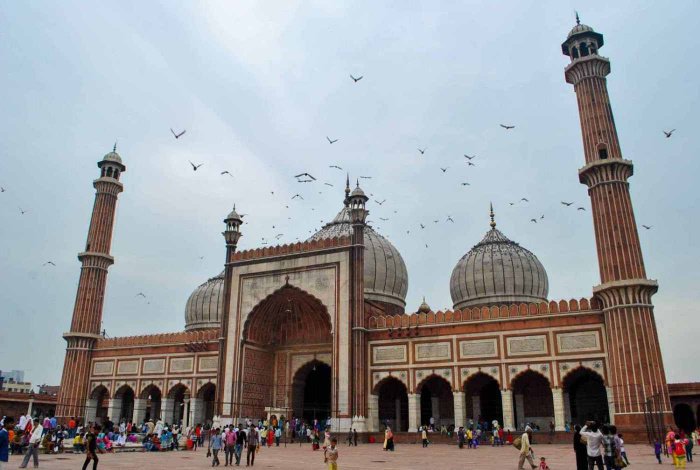 Juma was built in Delhi in 1644-56, the mosque can accommodate more than 25,000 worshipers at a time! The Muslim temple was erected during the reign of Shah Jahan, the padishah of the Mughal Empire. This is the same Shah Jahan who built the great mausoleum of the Taj Mahal in Agra. The mosque was open for believers immediately after it was built in 1656 by the Imam from Bukhara. Then it was named Masjid-i-Jahan-Numa.

The mosque is built of red sandstone and white marble and has three pairs of gates: southern, northern and eastern. On ordinary days, the southern and northern gates are open. Eastern, the most important, initially opened only for the emperor. Nowadays they open on Fridays and during the Muslim holidays. Inside the marble floor of the mosque is divided into rectangles by the size of Muslim prayer mats and each of these rectangles is decorated with black and white ornaments. There are 899 such places for prayer. On the southern side of the mosque there used to be a madrasah, which was barbarously destroyed during the 1857 uprising. 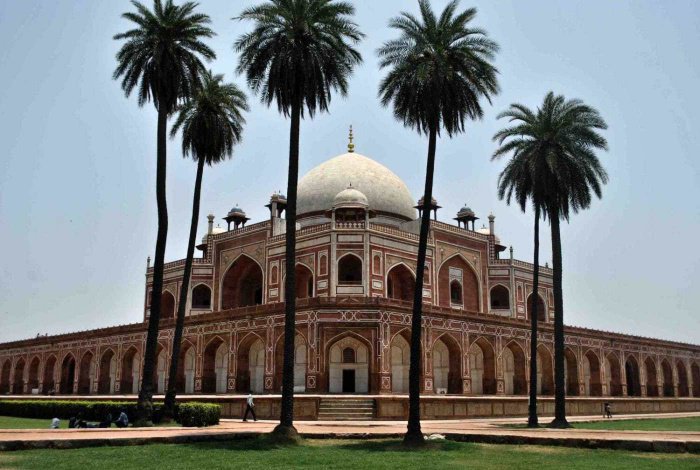 The mausoleum completed in 1572, and it is obliged  by the appearance of Hamida Banu Begum, the uncontrollable sorrow of the widow of Emperor Humayun, the second emperor of the Mughal dynasty, who put his whole life on the accession of North India to his possessions. This mausoleum is a kind of "predecessor" of the Taj Mahal.

The height of the mausoleum reaches 47 meters. The construction lasted 8 years, and the project architects are Said Muhammad and his father Mirak Giyathuddin. There is an opinion that the architecture of the tomb was strongly influenced by the fascination of the son and father with the Samarkand buildings of the Timurids.

If to trust to the legend, the death of the padishah was rather strange, but extremely interesting. They say, that Humayun was an educated person who honored science, especially astronomy and astrology. One day, returning from a rich personal library with a large pile of books, he heard a call to prayer. Humayun did not want to throw the books, so he tried, without letting go of the pile, to kneel. As a result, the emperor was entangled in the floor of a long robe, rolled down the stairs and soon died from his injuries.

It is worth noting that, in addition to the grave of Humayun himself, more than 100 people were buried here. Today, the Humayun Tomb is listed as a UNESCO World Heritage Site. 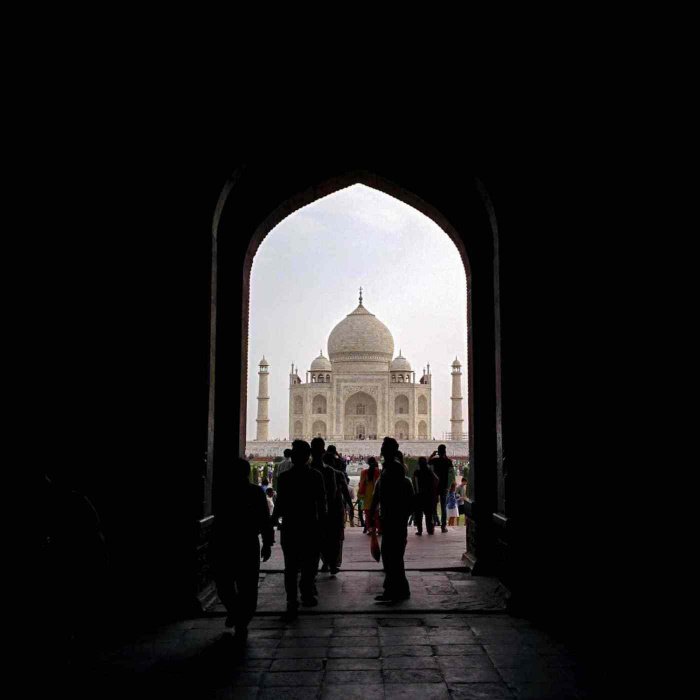 There are various assumptions about what the Taj Mahal was built for and what it really is. But no one will deny that the Taj Mahal captured the attention of millions, starting in 1656, when the last stone was inserted into the masonry. This is an architectural marvel embodied by Shah Jahan. This is the last gift of the Mughal Emperor to his late wife Mumtaz Mahal. This is the result of the tireless work of 20,000 artisans and workers. It is a symbol of love and devotion. Tagore called the Taj Mahal "a drop of tears on the cheek of time". 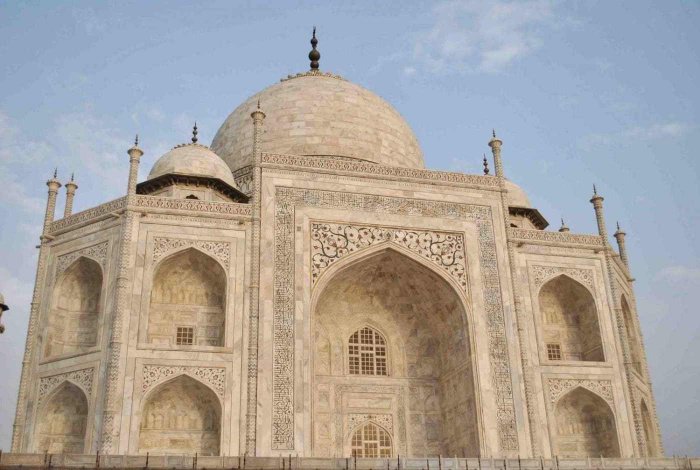 An ancient and very beautiful romantic legend is associated with the Taj Mahal. Shah Jahan was fascinated by the beauty of the poor girl who was selling in the local market, and decided to marry her. Lovers have lived in a happy marriage for 17 years. However, fortunately it was not destined to last forever, and Mumtaz Mahal died during the birth of their fourteenth child. Jahan could not recover from his grief. In memory of his beloved wife and the years of their family happiness, the Indian ruler ordered to build the most beautiful mausoleum in the world, which is more beautiful than all the world. The best architects and craftsmen of India and Europe were involved in the work. The construction lasted for 20 long years, and a luxurious construction was built on the coast of the Jamna River, which still amazes everyone who at least once could see the greatness of the mausoleum. 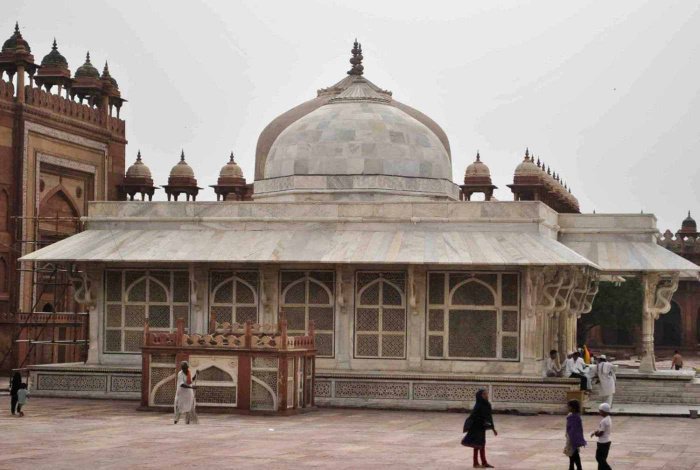 This is the temple of Salim Chishti, a Sufi from the Order of Chishti. His tomb is located in the courtyard of a mosque in Fatehpur Sikri, a ghost town. The emperor of the Great Mughal Akbar, who highly appreciated Suf Salim and even named his first son after him, was engaged in its creation.

This event is said in one of the legends. According to legend, by the age of 30, Akbar became a great emperor and a real ruler. The only thing that brought him bitterness was the absence of children. Akbar dreamed of a son-heir. But his children died at an early age, shortly after birth. But now Akbar reached a rumor that a holy man, a Sufi Salim from the great Chishti family, lives near Agra. The emperor went to the saint. Salim Chishti stated that Akbar will have 3 sons. He blessed him and said that the emperor's wife would come herself.

Legend says that Salim Cheshti killed his son so that his spirit entered the body of Akbar's son. Whatever the case may be, but soon Akbar had a healthy first son. In honor of the Sufi he was called Salim. A happy father decided to build a new Mughal capital in the place where Salim Chesti lived and where his wife gave birth him a long-awaited heir. 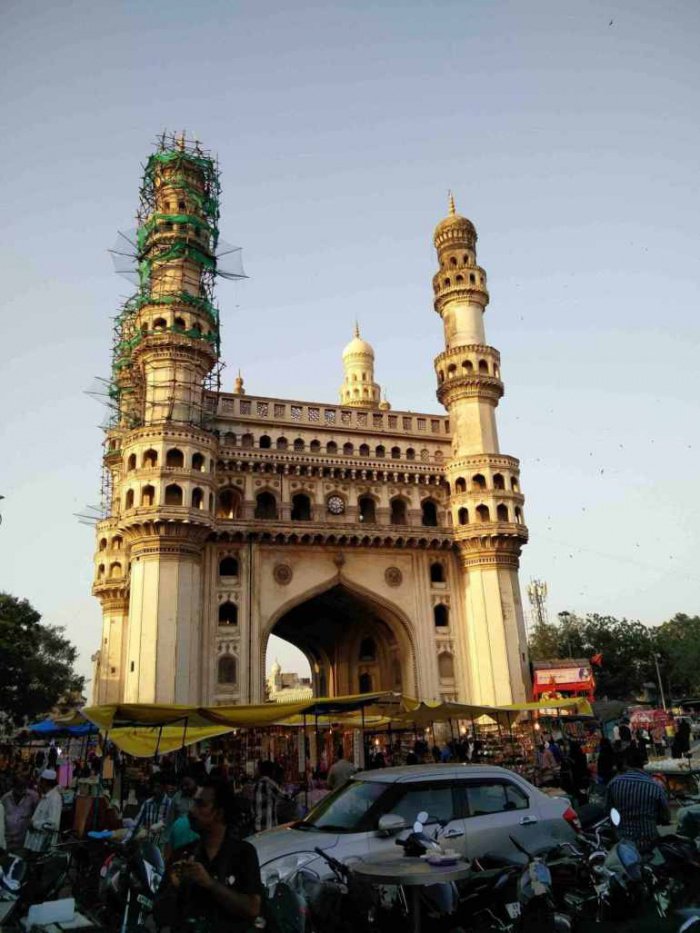 The Charminar was built in 1589 by Mohammad Quli Qutb Shah, the ruler of Golkonda Fort and the fifth ruler of the Qutb Shahi dynasty, shortly after he moved his capital from Golkonda to Hyderabad. According to the legend, Shah promised Allah to build a mosque at the place where he prayed, if He stops the plague.

The building has a square shape. And four gracefully carved minarets ascend to the sky to a height of 48.7 m above the base.

Unlike the legendary Taj Mahal, which we talked about above, the fluted-carved minarets are built into the main structure of the mosque building, thereby forming a single whole with it. In addition, each minaret has exactly 149 steps along a spiral staircase, which lead to the very top, to the platform, which offers a stunning panoramic view of the whole city. The ground floor of this mosque during the time of Qutb Shah was used as a college. On the second floor of the Charminar mosque is the legendary Hindu temple, which is the oldest temple in Hyderabad.

There is a widespread opinion that the head of the Qutb Shah dynasty made an underground secret tunnel that connects the Charminar with Golconda Fort, but no one to this day has found this move ...