Dialogue of civilizations, development of the Islamic World and challenges of our times – what the sixth Meeting of the Group of Strategic Vision in Jeddah will be remarkable for

These days in Jeddah, under the auspices of the Ministry for Foreign Affairs of the Kingdom of Saudi Arabia, a meeting of the Group of Strategic Vision ‘Russia – Islamic World’ is taking place. The key topic of the meeting this year is dialogue and prospects for cooperation between Russia and the Islamic world. Thus, within the framework of the plenary session representatives of the Islamic world, spiritual leaders, scholars, Islamic scholars, statesmen from Russia and OIC countries have discussed new opportunities for interaction between the Russian Federation and Muslim countries, as well as a number of topical issues on the international agenda.

Terrorism, development and implementation of joint programs to promote the ideas of cultural, spiritual and religious diversity of the modern world, upholding the traditional cultural and ethical values, aspects of cooperation between Russia and the Islamic world, peculiarities of building interreligious dialogue and mutual understanding – this is just a small part of the issues raised as part of the plenary session and section work. 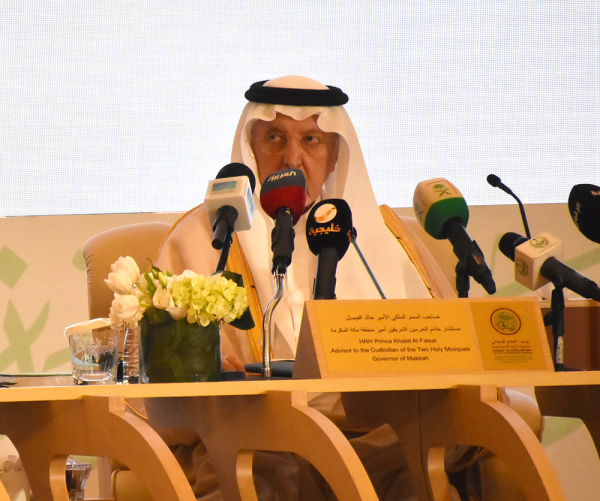 Prince Khalid al-Faisal, Council to the King of Saudi Arabia and governor of the province of Mecca, was the first one to address the audience. According to him, only through joint efforts Russia and the Islamic world will manage to confront today’s challenges. ‘Our Kingdom plays a special role in spreading principles of mutual understanding and co-existence between representatives of different religions. We intend to continue making the necessary efforts for the noble goals of confronting conflicts and differences for the sake of tolerance and understanding in society’, the governor added.

Also during his speech, Khalid al-Faisal reminded the audience of an important date – this year marks the 95th anniversary of diplomatic relations between Russia and Saudi Arabia. It is remarkable that in recent years the cooperation has resulted in new projects and has become more effective for both countries. ‘Signing of agreements dedicated to various aspects, bilateral meetings – we do our best in order to develop relations, we are actively involved in various initiatives for the benefit of both countries. Our dialogue with Russia is based on the principle of non-interference in each other’s internal affairs in order to contribute to consolidation of the new international order that is based on international law for the benefit of all peoples of the earth’, Faisal concluded. 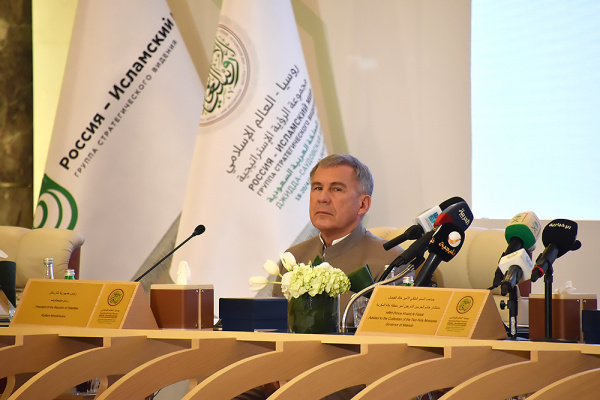 In his turn, Rustam Minnikhanov, welcoming the members of the Group, read out an address by Russian President Vladimir Putin. ‘I welcome you on the occasion of opening of another meeting of the Group of Strategic Vision ‘Russia – Islamic World’, which this time is taking place in Saudi Arabia, the land which is the birthplace of Islam. Russia pays much attention to development of friendly relations with Muslim countries both bilaterally and within the dialogue with the Organization of Islamic Cooperation. It is important that our positions on many topical issues on the regional and global agenda are quite close. We stand together in favor of building the just democratic world order based on the rule of law and peaceful coexistence of states, free of coercive diktat and any forms of discrimination’, the greeting says.

The President of Tatarstan, Chairman of the Group also noted that the Tatarstan model of harmonious cohabitation and interaction of peoples and religions is broadcast today as an example of a reasonable civilizational approach in matters of national security and strategy for further development of the Russian Federation. In addition to it, Minnikhanov shared the successes of cooperation with the Organization of Islamic Cooperation and the Islamic Development Bank. In this part, active work is being carried out within the framework of the annual International Economic Summit ‘Russia – Islamic World: KazanSummit’.

Rustam Minnikhanov concluded his speech by proposing to set the year 1803 as the memorial date for the first Quran printed by Muslims and to proclaim Kazan ‘The City of the First Printed Quran in the Muslim World’. 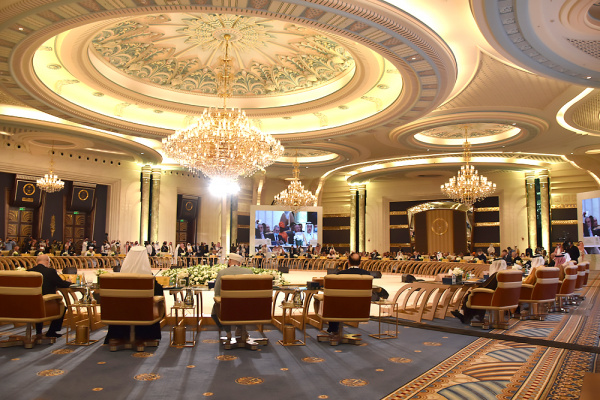 A letter of welcome was also sent to the participants of the Group of Strategic Vision ‘Russia – Islamic World’ meeting on behalf of the Minister of Foreign Affairs, Sergey Lavrov. The letter was read out by Oleg Ozerov, Ambassador-at-Large of the Ministry for Foreign Affairs and Head of the Permanent Secretariat of the Russia – Africa Partnership Forum. ‘Russia cooperates with the Organization of Islamic Cooperation on a wide range of global issues. The participants of the meeting are tasked to conduct a comprehensive assessment of the state and prospects for relations with the Islamic world, to work our initiatives aimed at developing cooperation and promoting dialogue and religions. We must prevent the emergence of conflicts in Muslim countries and spread of religious and ethnic intolerance’, the address says. 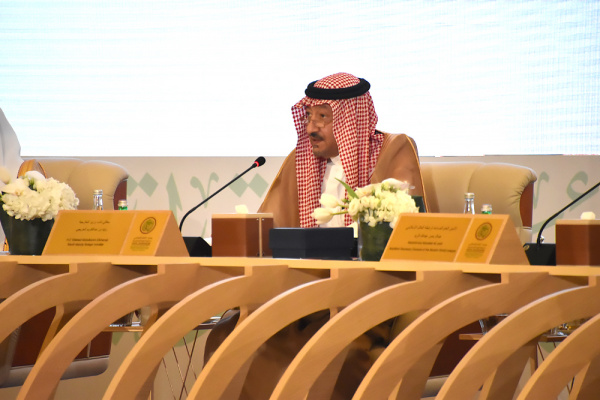 Saudi Deputy Foreign Minister Walid Bin Abdul Karim, addressing the audience, highlighted that one of the main tasks today was to consolidate the dialogue between representatives and followers of different religions. After all, it is full cooperation and mutual understanding that is an important means of consolidating peace. ‘We hope that this meeting will not just consolidate the ties between peoples and religions, but will also make it possible to implement new initiatives aimed at strengthening our relations. For our part, we also strive for international effective dialogue. We have a number of initiatives that are being implemented through the King Abdulaziz International Centre. Our relations are developed on the basis of mutual understanding and coordination of joint efforts in solving common problems and development of political, cultural and other spheres for the benefit of both states’, the Deputy Foreign Minister is convinced.

As far as future of Russia’s relations with the Islamic world is concerned, it is necessary to pay special attention to confronting today’s challenges which need to be solved on the basis of multilateral peace, while reducing tensions at the regional and international levels. 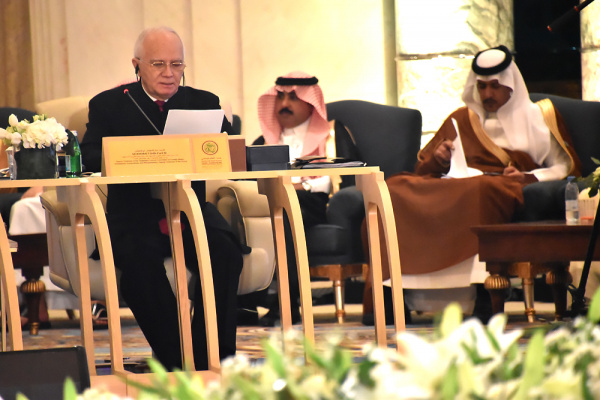 The welcome address by Miguel Angel Moratinos, Representative of the UN Secretary General for the Alliance of Civilizations, was read by Farit Mukhametshin, Deputy Chairman of the Federation Council Committee on International Affairs, Deputy Chairman of the Group of Strategic Vision ‘Russia – Islamic World’. The address praised the activities of the Group of Strategic Vision, which promote relations between the Russian Federation and Islamic countries through intercultural and inter-civilizational cooperation. ‘The objectives of the Group, as well as plans for the implementation of practical interaction are fully in line with those of the UN Alliance of Civilizations, which was founded by the UN Secretary General just one year before the establishment of the Group of Strategic Vision, and which is the main venue for interreligious and intercultural dialogue in the UN system. The meeting of the Group is taking place at challenging time. Against the backdrop of the coronavirus pandemic in the world, the importance of solidarity, dialogue and cooperation has increased. Unfortunately, existing tensions in our societies have also worsened and will not subside by themselves. This is why it is necessary for us to cooperate in order to maintain and consolidate peace, justice, inclusiveness and sustainability in society, which contribute to effective solution of current and future challenges based on dialogue, mutual respect, solidarity and mutual understanding’, the address says. 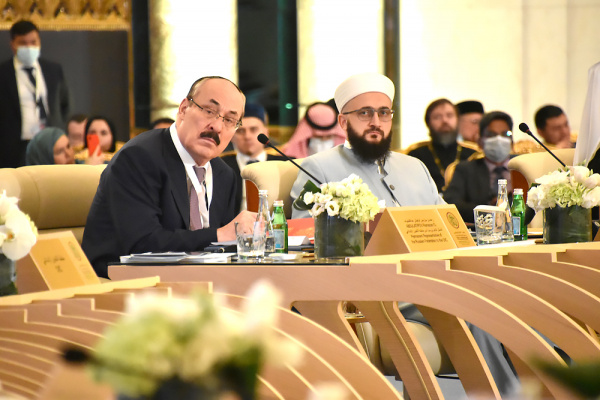 Today, the Group of Strategic Vision ‘Russia – Islamic World’ unites prominent intellectuals and spiritual leaders from Russia and all over the world, who are able to define many directions for strategic development of the modern world, uniting the potential of all countries, cultures and religions, with man at the centre. ‘On this man, his or her wisdom and piety, depends what kind of world people will be today and in the future. I am convinced that we have made another important step today towards consolidation of civilizational, spiritual partnership between Russia and the Islamic world’, the speaker concluded.