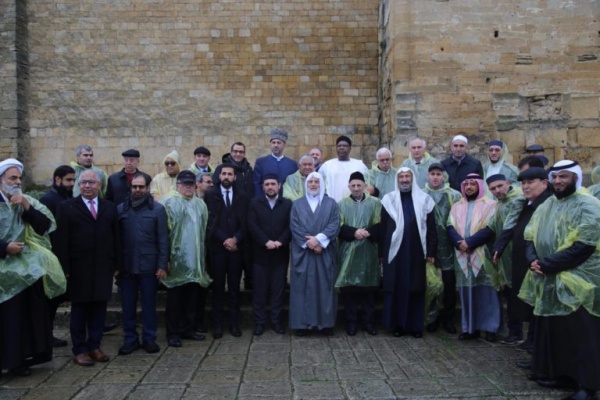 Members of the RIW Group have come down to Dagestan for a fourth meeting on November 11-12, 2018. It is an annual gathering by delegates from more than 25 countries including Turkey, Iraq, Egypt, Senegal, Iran, Iran, Indonesia, Tunisia, Saudi Arabia, Jordan, Kuwait, Lebanon and others.

Religious and academic leaders from Muslim nations are discussing the role of education as a strategic tool to counter the spread of terrorist and extremist narratives.

Earlier, on Sunday, the participants paid a visit to the old town of Derbent, the first place on Russian territory where Islam was adopted and from where it spread across Russia. In 2003, the historical center with a citadel was placed on the UNESCO World Heritage List.

Later, the guests also enjoyed an offician dinner on behalf of Vladimir Vasiliev, head of Dagestan.

The working meeting is to be held on November 12.