Where does the Muslim-Orthodox dialogue originate from? Why is it important to be able to find common ground with followers of other religious worldviews? How do Jews live on Shabbat? Why it is not allowed to mix political views with religious doctrine? Is it true that it is better not to go to Dagestan at all? These are the questions asked by the participants of the third international summer school "Bulgarian dialogue of cultures", which is held these days at the Bulgarian Islamic Academy, together with the guests of the event.

- Today there is a very momentous event - one month ago, the cooperation agreement between the Bulgarian Islamic Academy and the Kazan theological Seminary was signed, Archpriest Alexy Kolcherin told the students. – In fact, it is possible to develop and implement a lot of interesting joint projects, as well as to organize regular lectures to learn not only about the religious aspects of our existence but also about the culture, traditions, and customs of each other. We are looking forward to a positive and mutual enrichment. It is worth noting that today we have many topics for general discussion. Of course, we cannot argue with the fact that the modern world, for the most part, is secular, but the foundations of morality, ethics, and family issues – they are very similar in all religions. That is why we always have the opportunity to talk, preserving and defending our common fundamental values. 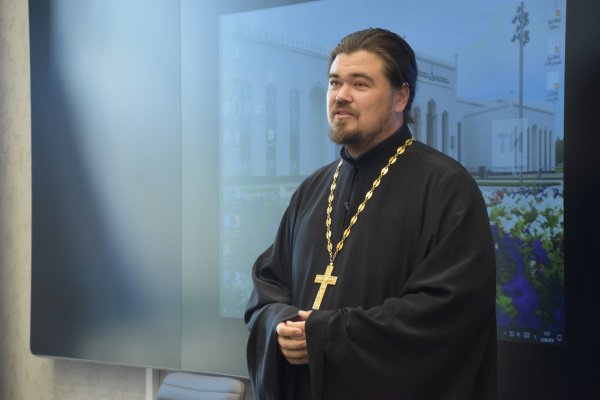 According to Elmira Sadykova, executive director of the Foundation for Strategic Dialogue and Partnership with the Islamic World, director of the Center for Interreligious Dialogue of the Bulgarian Islamic Academy, Tatarstan is a great place to learn from the experience of peaceful coexistence and friendship of representatives of different religions and nationalities. 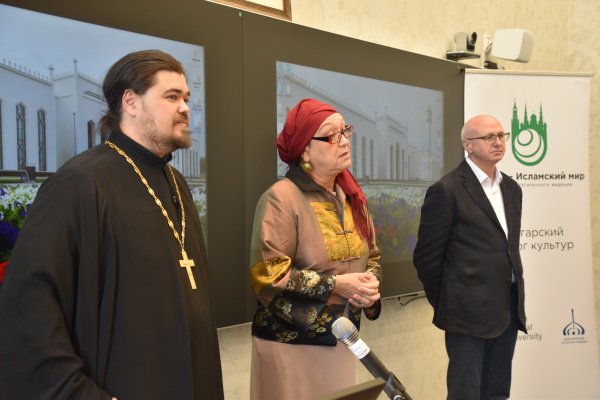 - When we talk about interreligious dialogue, it should be noted that the mufti of Tatarstan Kamil hazrat Samigullin and Metropolitan Feofan (both members of the Group of Strategic Vision "Russia - Islamic world") take part in general events, attend festive events of each other. They are really good friends. Looking at such a vivid example, we ourselves take the same tone of the relationship. This is a wise position that the leaders of our communities have broadcasting to those who work directly on the ground. We have common values – moral and spiritual education, family values, work with youth, social service. We must understand that only through joint work we can achieve the well-being of our society. 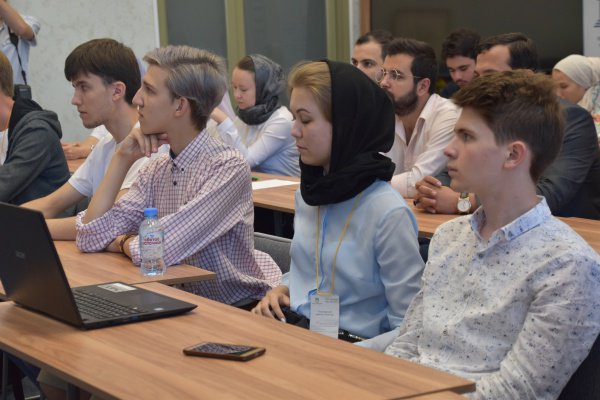 In order to understand each other and find common ground, according to the Archpriest Alexy Kolcherin, it is very important to know the history, including the history of the formation and further development of religious education. Today, spiritual/religious education is an education that prepares religious officials, who can be teachers and explain the foundations of the faith in the modern language. Most of the curriculum includes theological works and texts. However, in addition to this block, there is a place for secular subjects as well, including history, languages, and so on. 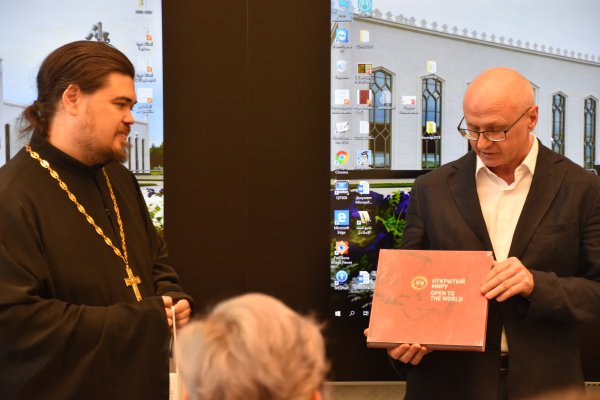 - It is a mistake to think that religious education is a system hidden from prying eyes. Both the Christian and the Muslim tradition of spiritual education fill a person with knowledge about the world that he/she is ready and able to broadcast to the masses, - said the priest.

No less interesting was the conversation with the Chief Rabbi of Kazan and Tatarstan Yitzhak Gorelik, who told about the initiation of the boy, how many times a day Jews pray and why it is very important to prepare for Shabbat in advance. 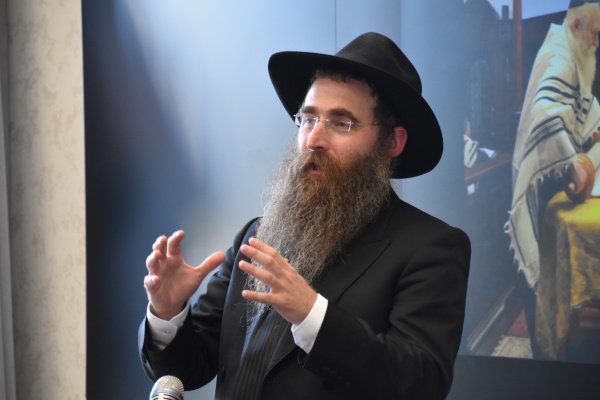 - For example, no one can work on Saturdays, even animals. Shabbat is a time for rest and communication with friends and relatives. On this day you cannot even turn the lights on, women lit candles on Friday evening and put on a festive table. Before eating, prayers are said over drinks and food. We prepare everything in advance, on Friday. Every Jew should know exactly where he would be on Saturday. On Friday, traditionally we cook cholent — a national dish with beans, spices and meat. The dish stays in the oven before serving all the time, and gets a special taste. On Saturday, we also eat stuffed fish. Of course, if we are talking about human security, about his life, the rules of Saturday are not applied. For example, if a woman gives birth on Saturday, then, of course, you cannot ask her to postpone it until tomorrow. 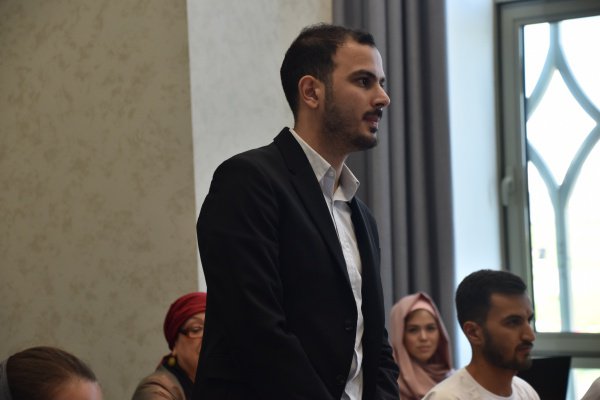 - A boy who has reached the age of majority gets the right to read the Torah in the synagogue, he can own some property – not only books and toys but also something more serious. Besides, he can get married. Modern young men quite rare practice this right, but in times, when the laws of Judaism appeared, it was usual thing. On the first Shabbat after his thirteenth birthday, the boy comes to the synagogue and reads a passage from the Torah during the Shabbat service. Girls usually attend a lecture on the Jewish theme. 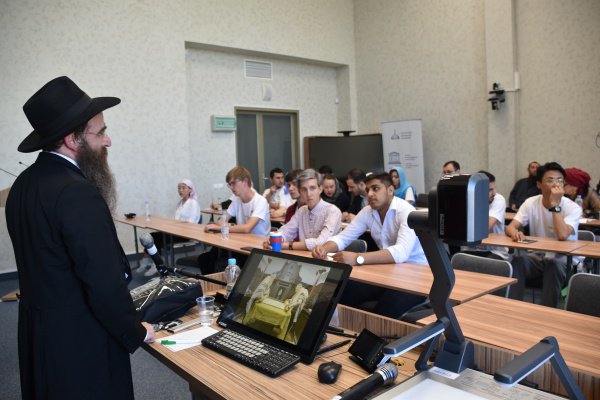 After that, there is a big feast. The majority of children is a special occasion not only for the family but also for the entire Jewish community. Parents, relatives, friends welcome new adults and give them gifts – usually books or money. The money is supposed to be spent on education, not entertainment. By the way, from this moment the boy can be invited to the minyan group for worship, which should be attended at least by ten adult men.

At the end of the day, participants and speakers enjoyed the performance on the culture of Dagestan, which was arranged by Sirazh Dzhavadbekov, head of the Caucasian dance ensemble "Kavkaz Style". He not only spoke about his native land but also conducted a small master class on the basics of lezginka.

It is interesting that about 72 nationalities live in Dagestan, and each nationality has its own special, unique, costume, which has developed historically and is still passed down through the generations. 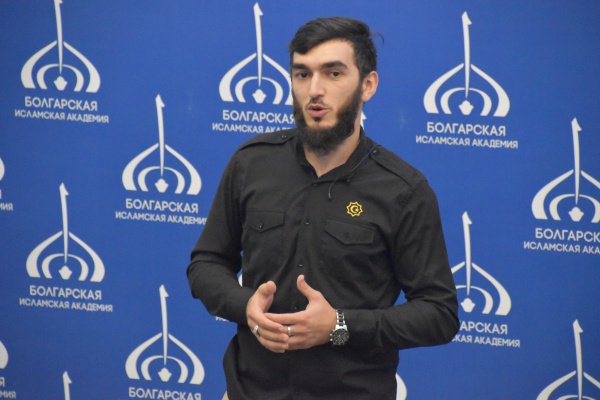 The capital of the region, Makhachkala, is located on the Western shore of the Caspian Sea. There is a legend that in the seventh century instead of the current capital of Dagestan there was another capital – Semender. It was the main city of the Khazar state. The land between the mountain Tarki-Tau and the Caspian Sea, where Makhachkala is located, is called "Dagestan corridor". In the fifteenth century, this corridor was a property of Tarki-aul. The people of this settlement defended their right to this land in many fights. Tarki-aul was located on the site of today's capital of Dagestan.

A separate milestone in the history of Dagestan is associated with the name of the Russian Tsar-reformer Peter the Great. In 1722, during the Persian campaign, the Tsar visited these lands. Russian Emperor liked quiet and convenient bay at the foot of the mountain Andzhi-Arka. It is said that in the place of the present lighthouse he left a stone and commanded everyone with him to do the same. This is how a new military post, named Petrovskoye, appeared on the mountain Andzhi-Arka. The Highlanders called this fortress Andzhikala. 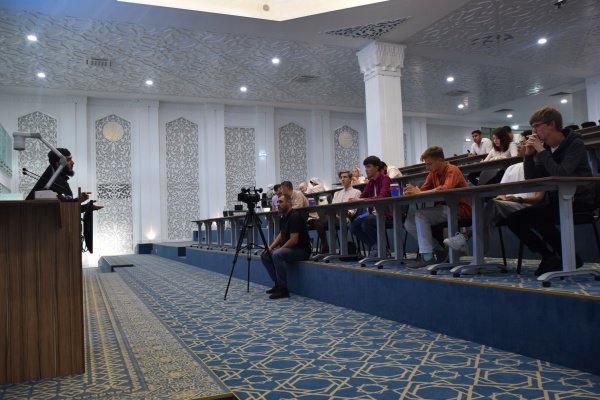 The ten-day International Summer School "Bulgarian dialogue of cultures" provides in-depth study of cultures and mentalities of the world's peoples, fundamental analysis of key regions and countries of Africa, Asia-Pacific, North and Latin America, the Middle East and North Africa, Europe, Russia and Central Asia; modeling of the work of international organizations committees (UN and UNESCO) as part of project groups; daily lectures and seminars, intensive training in the methodology of creative and academic writing in Russian. 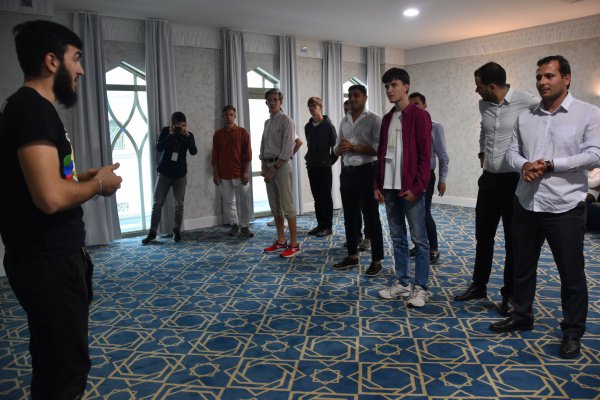 The event is organized by the Group of strategic vision "Russia-Islamic world", the Foundation for strategic dialogue and partnership with the Islamic World, Kazan Federal University (Institute of international relations) and the Bulgarian Islamic Academy.

According to the organizers, the project is aimed at the development of international platforms for dialogue of cultures and civilizations, familiarization of foreign students with the rich spiritual potential of the Russian Federation and the Republic of Tatarstan. The event is attended by 30 students from China, Syria, Afghanistan, Tajikistan, Iraq, Turkey, Jordan, Russia. 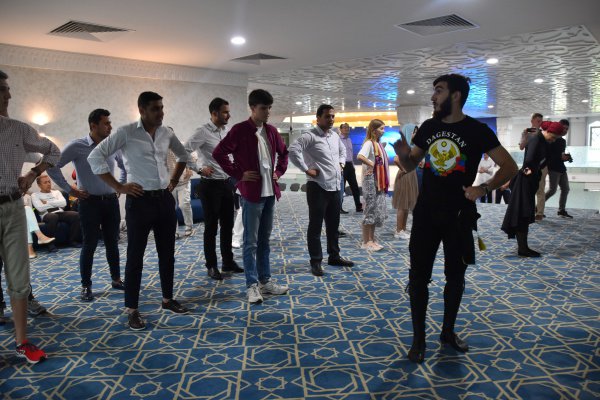 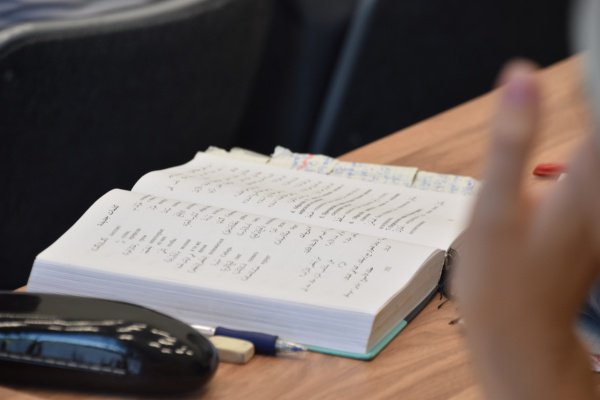 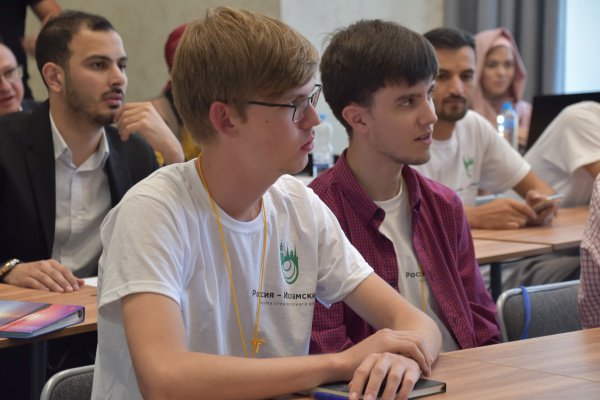 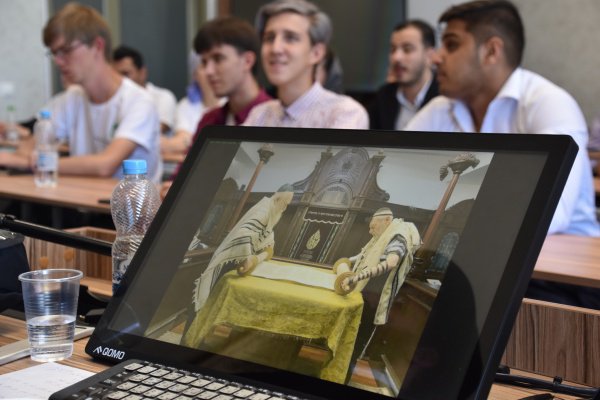 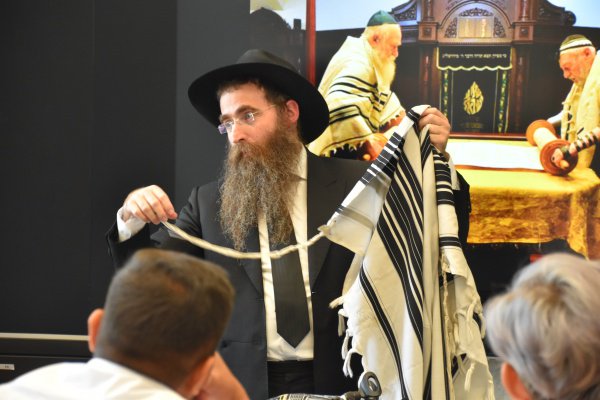 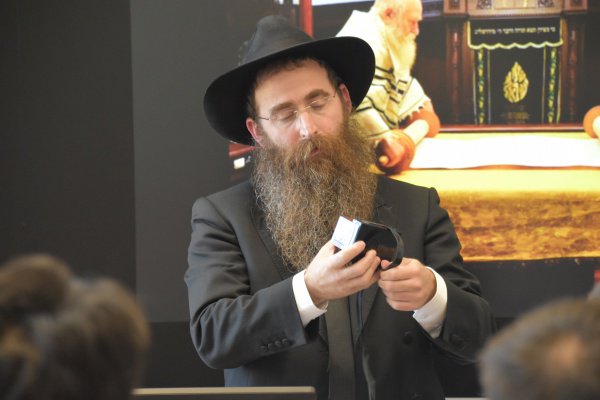 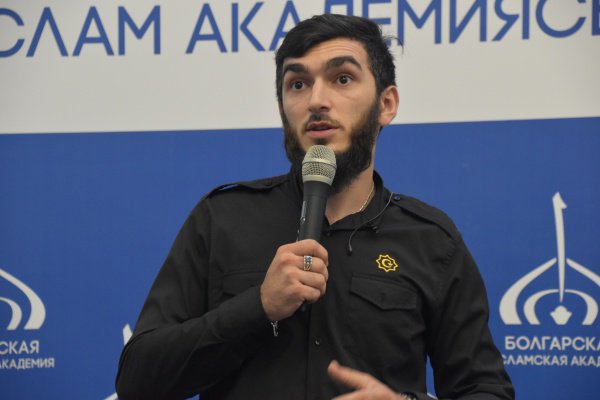 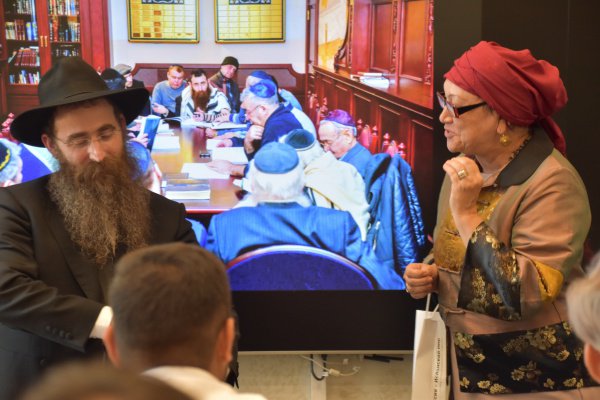 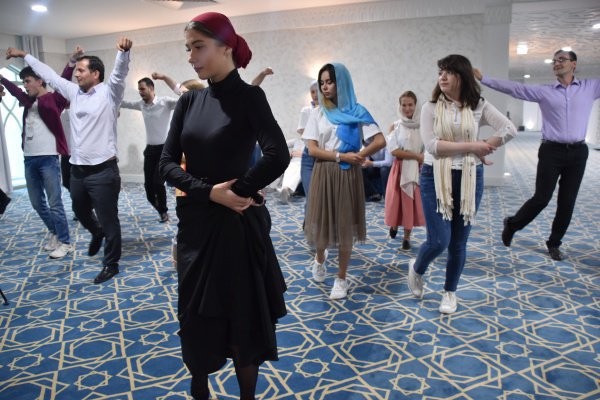 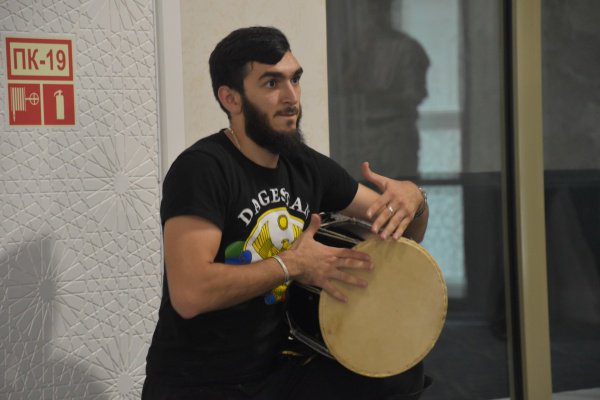 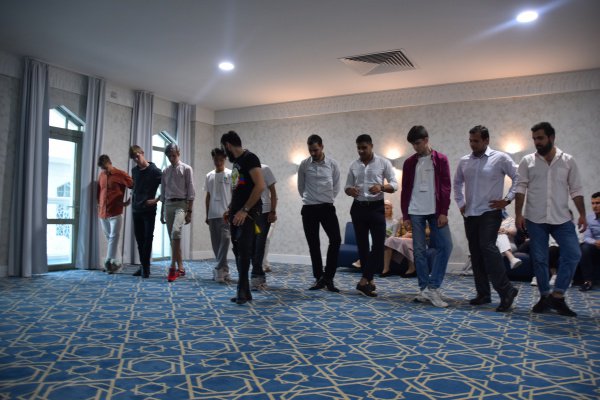 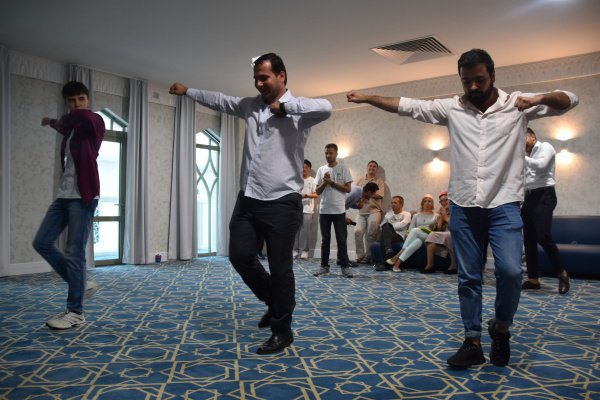 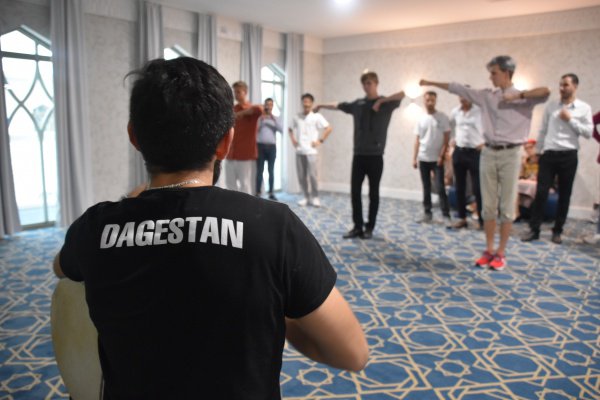 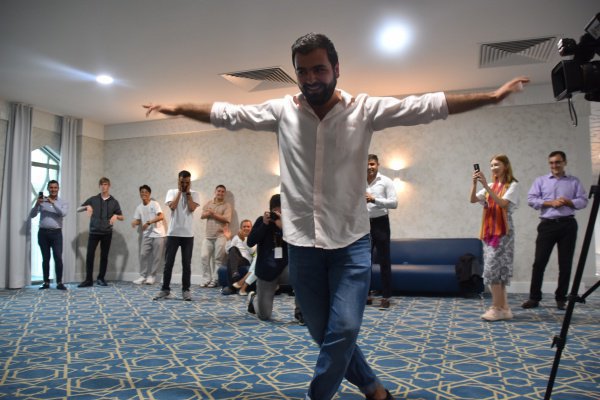