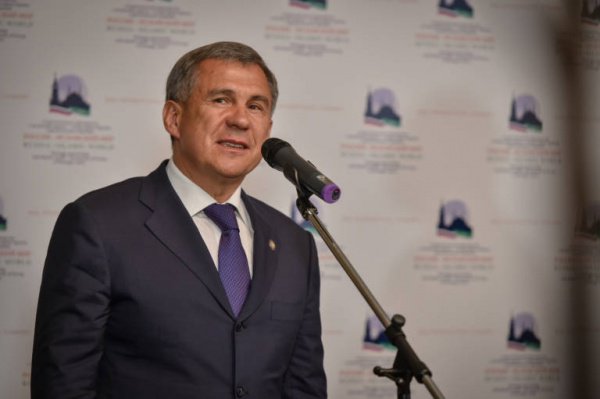 “On behalf of Tatarstan’s creative community, I would like to cordially welcome all the participants of the roundtable on Chinghiz Aitmatov’s legacy.

throughout his career, the writer, philosopher and humanist has sought to take responsibility for vast territories, the humankind’s collective destiny and interests and existential questions. Chinghiz aitmatov deserves to be called a world classic.

2018 has been the year when we celebrate the life and career of the outstanding writer. Among the series of events, the RIW Group is holding the second edition of the Aitmatov Readings: Dialogue of Cultures conference.

Chinghiz Aitmatov is the son of two brotherly nations – Kyrgyz and Tatars. He has been close to Tatarstan by blood. One of the oldest educational establishments, the Kukmor Gymnasium, and a street in the city of Kazan are named after him.

I am positive that his literary works on the spiritual life of his nation and his people are relevant today.

May all you enjoy productive debates, exciting literary discussions and reach constructive solutions.”

The Turkish city of Istanbul hosted a conference on the role of Chinghiz Aitmatov’s legacy in promoting dialogue between cultures on March 23- 24, 2018. The event co-sponsored by the Russia – Islamic World group, IRCICA and Turkey’s Writers Union was the latest in a series of celebrations set to mark the 90th anniversary since the birth of the world renowned Soviet and Kyrgyz author.

Earlier in August of 2017, the Group staged the inaugural edition of the Aitmatov Readings: Dialogue of Cultures forum in Bishkek, Kyrgyzstan.