The conference "Russia - Islamic world: Crossroads of information cooperation", which is held today, is the first platform where it is possible to talk with colleagues from the Islamic world, said Vasily Pushkov, the Director on International Cooperation for MIA "Russia Today". "No one, except the Group of Strategic Vision, decided to focus on the dialogue between Russia and the Islamic world, excluding the Ministry of Digital Development".

As the speaker noted, there is a very heavy burden on the shoulders of media in the field of overcoming the current misunderstanding between the peoples of different countries and the correspondents themselves from Russia and Islamic countries. "In this regard, I would like to focus on the work of our international agency "Radio Sputnik". For us this year was extremely fruitful, perhaps because we gave up the illusion that in order to establish a dialogue we should literally sit at one table".

"Radio Sputnik" broadcasts in 32 languages, but Arabic is one of the priority and successful areas, says Pushkov: "We have a huge audience in Islamic countries such as Egypt, Saudi Arabia, Iraq, Jordan, Syria, Algeria, Morocco. We have very active readers. For example, in Saudi Arabia, we are one of the most read Arabic language editions. This allows us to say that they are ready for dialogue, to hear a different point of view, that is, they are building a multipolar world and actively opposing hegemony in the information market.

Specialized projects have been created, among them - "Sputnik with you at home", the audience of which is about half a million Arabic-speaking people. Within the framework of the project 100 interviews with politicians of the first level, including representatives of the Arab region, were prepared. "There is also a specialized information feed in Arabic, which publishes up to 200 messages per day. Separately, I would like to mention the launch of a separate news feed in Farsi, which is popular with colleagues in Iran," Pushkov added.

The Director for International Cooperation of MIA "Russia Today" is sure that without a dialogue between journalists it is impossible to build fruitful work: "We already have 8 official partners in the Islamic world. Media communication is exactly what we are trying to develop. This is what our project "Sputnik Pro" is aimed at, which is designed to help establish direct communication between journalists".

Summing up his speech, Vasily Pushkov announced the possibility of concluding a partnership agreement with the Union of OIC News Agencies.

The conference was organized by the Strategic Vision Group "Russia - Islamic World" with the support of the Permanent Mission of the Russian Federation to the Organization of Islamic Cooperation, the Union of OIC News Agencies and the Union of Russian Journalists. The main topics for discussion are the prospects for cooperation between OIC countries and Russia in the media sector, plans for potential cooperation with the involvement of interested organizations and agencies, as well as the creation of a practical platform for meetings on a regular basis for professionals in the information sector.

Russian FM Addresses KazanSummit Conference
10 May
Leyla Fazleeva: "Chingiz Aitmatov was one of the first to oppose the destruction of the nation's identity"
25 October
Saudi Foreign Ministry established Organizing Committee to prepare for the meeting of the GSV "Russia-Islamic world"
31 January 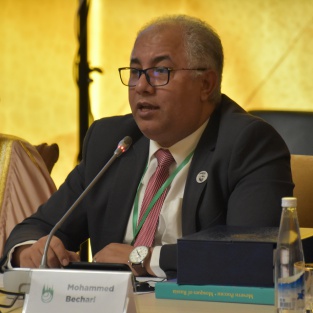 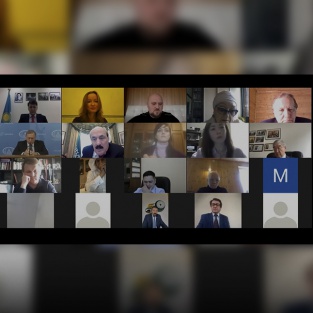