ST PETERSBURG, Oct 4 (Bernama) -- Russia, which has 20 million Muslims among its population, continues to engage with the Islamic World, and one of the ways is through an annual people-to-people dialogue.

The latest such discussion - the 5th International Forum of Muslim Journalists and Bloggers - was held recently in this city of 42 islands connected by more than 400 bridges. St Petersburg is the second largest city in Russia after the capital Moscow.

It was organised by the Group of Strategic Vision ‘Russia-Islamic World’ which was formed in 2006 after Russia joined the Organisation of Islamic Cooperation (OIC) as an observer.

“The media needs to address the problem of new challenges posed by the digital media in ensuring peace, stability and the promotion of human rights,” said Vladimir Kuznetsov, director of the United Nations Information Centre in Moscow.

He said it is the common responsibility of journalists to adhere to their professional ethics when writing the news.

Syria’s deputy information minister Ahmed Dawa explained at the forum how an information war has been used to attack the political, economic and social spheres in his country.

“Misinformation centres are waging an information war. Social media is used to distort the real situation in the country,” said Ahmed, himself a former journalist.

The 1st deputy director-general of ITTAR-TASS news agency of Russia, Michael Kalmykov, said the World Order may collapse due to the misuse of social media in disseminating fake news.

He said journalists need to find allies in building barriers against the spread of fake news.

She said fake news is created not only by individuals, it may come from one country against another country.

Professor Mohamed Marandi, an international relations specialist from Iran, warned of the danger of untruthful news being mixed with truthful news in a bid to influence public opinion.

The forum was also enlightened on the greater media freedom in Malaysia following the change of government in May last year.

According to the World Press Freedom Index, Malaysia now ranks 123 out of 180 countries, having moved up 22 notches. 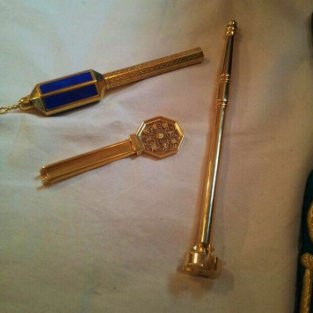