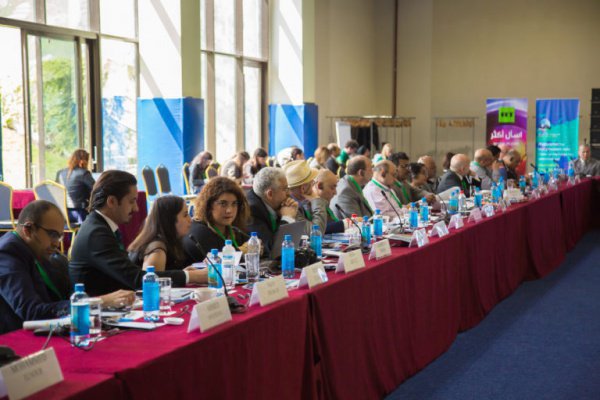 My views on partnership between civilizations coupled with principles of information policy to promote dialogue between separate cultures.

Honourable delegates, participants and the organising committee of strategic vision, i am indeed honoured to be invited and take part in today’s forum. First of all i would like to introduce myself and begin with my brief understanding of civilisations.

An overview of my understanding of civilisations:

In the 21st century we live in a multifaceted world which includes more than two hundred sovereign states coupled with a number of indigenous civilizations – the complex combination of ethnical groups in different nations are united by common shared systems of civilization values and historical development which leads towards a common destiny.

Given the current  development of these civilisations leading up to the future, what i understand, we have to create a common bond, partnership and agreements among the four global civilisations despite all our religious, ideological , cultural and linguistic differences. That said – as a practicing Muslim, what i particularly witness today – the global civilisation is passing through a critical transitional period in its development. Especially the relationship with the Islamic civilisation and the rest of the three has often been riddled with clashes and conflicts. Moreover, existences of a number of Muslim minorities have become threatened in some of the predominately non-Muslim majority countries. Co-existence of people of different religions in the same country has become difficult, and the intensity of the clashes is becoming frequent. It is right here where building partnership among various cultures and civilisations have become essential. It is the number one pre-requisite for developing tolerance.

Tolerance is the guarantee of a successful cross-civilizational communication. It is one of the main criteria of a person’s, a society’s or a state’s adherence to the values of democracy, steady development and of co-existence of peoples in agreement with one another under the conditions of mutual respect for faiths and customs that differ from their own beliefs.

However, more than any time before, disputes over understanding the human nature is getting difficult, and it is becoming increasingly evident in the second decade of this century. Difference of value perceptions peculiar to various cultures has taken a dramatic turn. News on culture-clashes is frequently being reported by the international media.

The importance and absence of dialogue in today’s world:

Any dialogue is a form of communication based on certain rules and a code of conduct. All the features of an international dialogue are manifested in law. What needs to be clearly understood is that Dialogue is not negotiation. In negotiation, the parties involved are concerned with the satisfaction of their own interests. In dialogue what happens is, there is a combined effort to reach the truth and reality.

Most importantly, regular dialogue among world cultures and governments is a way to put international relations into life; it vents itself in certain rules and reveals specific cultural codes of conduct of the parties involved in the dialogue. Another dangerous outcome what happens in the absence of dialogue becomes evident from the Skripal poisoning case taking place in the UK. More than hundreds of Russian diplomats were sacked from the US, UK and the EU countries purely based on intolerance and suspicion – resulting in uncalled-for geopolitical tensions across the globe.

Fortunately or unfortunately, as a Bangladeshi journalist i don’t have to look too far to explore the dangers of cultural clash, communal hatred and intolerance. I usually discus my issues based on my journalistic experience and case studies, not purely from an academic perspective.

Take for instance, the most topical issue of today – The Rohingya crisis which has erupted at a big scale in Myanmar less than a year ago – directly affecting a number of Asian countries and the Islamic world. I feel sorrier for Myanmar than my country.

Recalling my three visits to Myanmar,  i must admit it is one of the most resource-rich , culturally diverse and picturesque country in southeast Asia. Whatever, it was a closed-country and off-limits to foreigners for well over 60 years. Its back-to-back military rulers had practically isolated the country from the rest of the world. Despite a resource-rich country its economy was always in a shambles. Most dangerously, the dictators had closed all doors of cultural interactions, international dialogues, effective and strategic diplomacy with its neighbours and the outside world. Not only have the Muslims, but some 135 minority groups have been ruthlessly persecuted for decades. The impact has been so devastating that despite embracing democracy a little over a year ago the country is still struggling to get out of the old model of dictatorial governance.

My country Bangladesh is finding it too difficult to deal with the country since Myanmar’s response to hold and continue meaningful dialogues are still somewhat vague and insincere in nature. Now had there been regular interactions with Bangladesh and Burmese governments since the very beginning, when the influx of Rohingya refugees had begun, we wouldn’t have had to shoulder the colossal responsibility for sheltering over a million refugees in our country.

Another reason for deliberate isolation is happening because of sudden rise in extreme nationalistic or populist ideologies. The increasing radicalised view of the American government towards the Muslims, Chinese and Russians under the Trump leadership is threatening global peace and harmonious co-existence of the civilisations. It is right on this point , the importance of holding frequent cross-cultural dialogues for maintaining peace and preservation of respective civilisations have become crucially important.

My thoughts on promoting strategic dialogue and the protection of world order:

Dialogue of cultures, as any dialogue, is based on some foundations that can be differently treated by the engaged parties. Nevertheless, the success of a dialogue depends on the sincerity of both parties since it’s a two-way-affair. Cultural and communal cooperation is not possible in a monologue. Cooperation of cultures and overcoming cultural barriers is essential for uniting people in order to solve key problems of the world order.

And on the point of protecting the world order and preserve civilisations the countries must unite, and in the time of dire necessity, get actively involved in solving a major problem occurring inside a country though falling under a different civilisation.  For instance, The Rohingya crisis in Myanmar doesn’t involve Russia in any capacity, but the Russian government can be a part to arrange dialogues, offer solutions or help building a partnership between Myanmar and the Islamic world to reduce the geopolitical tension between Bangladesh and Myanmar. Such an attempt would be a step further in putting an end to a major humanitarian crisis. In order to so, the Russian government can get engaged bilaterally with Myanmar by sideling the UN.

It has positively engaged in the Syrian crisis and still attempting to establish peace and political stability in that country. Nevertheless, such involvement should obviously be based on a set of universal values.

My second part of the speech is on the principles of information policy.

at a broader term: Information policy is the set of all public laws, regulations and policies that encourage, discourage, or regulate the creation, use, storage, access, and communication and dissemination of information.

Out of a couple of dozen definitions of information that i have gone through suggests that information falls under six categories : information as a resource, a commodity, perception of pattern, a basin of possibility, an agent, and a constitutive force in society. Each of these has its use within information policy analysis and each represents a different way of thinking about such matters as the relation between information and knowledge. The point, however, more than one of these may be useful at different stages of analyzing a specific piece of information policy.

I would say the information policy of any country requires five key elements prevailing in that country to promote intercultural dialogue. These are –   a political culture valuing diversity, human rights and fundamental freedoms, equality of opportunity and rights, democratic citizenship and participation and learning and teaching intercultural competences.

Now as far as the policy is concerned, it must woo cross-cultural flow of correct information. A government’s policy makers must ensure to prevent hurting religious and cultural sentiments. Not to forget, social media and internet websites today are playing a sinister role in damaging by wrongly portraying cultural realities of different religions. One particular policy could be frequent media exchange programmes between countries similar to the strategic vision’s Yalta forum.

I would finish my speech with a copule of Quranic verses , what i consider to be the Magna Charta of human fraternity and unity contained in the Holy Quran. The 13th verse from sura Al-Hujurat reads: O mankind, indeed we have created you from male and female and made you peoples and tribes that you may know one another. Indeed, the most noble of you in the sight of Allah is the most righteous of you. Indeed, Allah is Knowing and Acquainted.

Verse 46 of Sura Ankabut clearly states, “O mankind, indeed we have created you from male and female and made you peoples and tribes that you may know one another. Indeed, the most noble of you in the sight of Allah is the most righteous of you. Indeed, Allah is Knowing and Acquainted.”

Sura Rum, verse 22 states, “From among Allah’s signs are the creation of heaven and the earth and the difference of your tongues and the variation of your colours.”

As for the Islamic world unquestionably it has become twice as much important to practically apply the verses into practice with other nations and cultures.

Lastly, from my religious perspective, Almighty God refers to the diversity of cultures and its significance for the mankind. The holy verse is as follows: О mankind! We created you from a single (pair) of a male and a female, and made you into nations and tribes, that you may know each other (not that you may despise each other). Verily the most honoured of you in the sight of Allah is (he who is) the most righteous of you. (AlHujrat, verse 13). This holy verse shows that the origin of all mankind is the same. Allah Almighty has made mankind into nations and tribes so that they would be able to know each other and this fact is emphasizing the importance of the unity of the essence and nature of human being and at the same time refers to the significance of cultural diversity and its key role in the life of mankind.

In fact it refers indirectly to the religious – cultural dialogue that should be dominant in the interactions between people. If such dialogue exists between the main actors in the international arena, no conflict would take place at all and every problem will be solved through dialogue and conversation. In fact, monotheism, which is the spirit of all Divine religions and worshipping none but God, Who is the absolute beauty and wellness in religious interpretations, and rejection of human’s dominance over human, and emphasis on the freedom and human’s respect before God are all issues that can not only become the subject of our dialog but also help us move toward building a better world.

My opinion – to simplify the very complex term of partnership between civilisation is to undertake the efforts to understand people with different religions , language , food  – agree and also disagree with them – and therefore to co-exist peacefully without attacking one another .

The idea of a civilization as a unified and universal way of existence for the whole humanity is considered to be scientifically groundless.