Chairman of the Federation Council Committee on international affairs Grigory Karasin on October 26 held a meeting, via videoconference, with Ali Asghar Mohammadi Sijani (Iran), deputy Secretary-general of the Parliamentary union of the Organization of Islamic cooperation (OIC-PU). The meeting was facilitated by the Group of strategic vision "Russia-Islamic world". 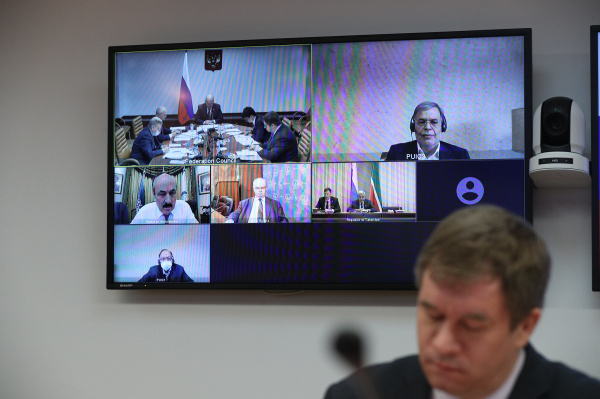 The delegation of the Parliamentary union of the OIC member states included parliamentarians from a number of countries - director of the Cabinet of Secretary-general Mohamed El Hafed Maham (Mauritania), director of conferences Zahid Hasan Qureshi (Pakistan).

The video conference, the topic of which was the parliamentary dimension of cooperation between Russia and the Islamic world, was held in the atmosphere of growing mutual understanding between the Federation Council and the OIC PU. 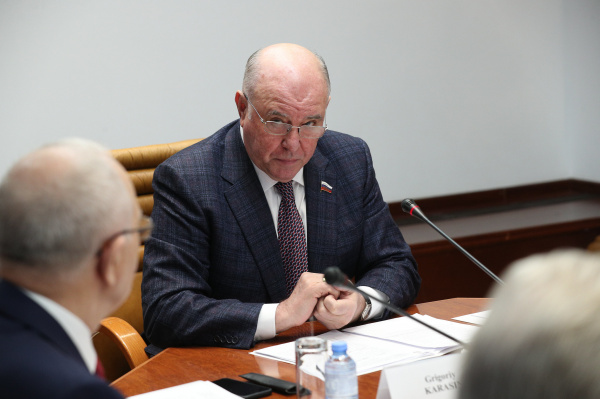 Grigory Karasin noted that this online meeting was "the first systemic contact" with the OIC PU: "It is gratifying that we are starting an ongoing dialogue with the Parliamentary union of the member states of the Organization of Islamic cooperation on the platform of the Federation Council, as well as developing an exchange of views on the platform of an international non-governmental organization, which is the Group of strategic vision "Russia - Islamic world".

In the course of the discussion, both sides stressed that Russia's increased cooperation with the Islamic world, and with the OIC, in particular, attached special importance to the events marking the 50th anniversary of the OIC and the 15th anniversary of our country's accession to this organization as an observer. The annual KazanSummit international economic forum has also become important for Russia's economic ties with Islamic countries.

The Chairman of the Federation Council Committee on international Affairs sent the Islamic parliamentarians an invitation to OIC PU Secretary-general Mouhamed Khouraichi Niass to visit Russia at the head of the OIC PU delegation for negotiations, which could take place in one of the Russian regions in the first half of 2022.

At the same time Farid Mukhametshin, Chairman of the State Council of the Republic of Tatarstan, who participated in the online meeting, invited the OIC PU delegation to visit Tatarstan to get acquainted with its experience of cooperation with the Islamic world and the rich spiritual and cultural heritage of the Republic.

Deputy Chairman of the GSV "Russia - Islamic world", senator Farit Mukhametshin informed that the next meeting of the Group will be held in Jeddah (Kingdom of Saudi Arabia) on November 23-26, 2021. It is planned to discuss new opportunities for cooperation between Russia and the Muslim countries, as well as a number of topical issues on the international agenda. He invited OIC PU Secretary-general Mouhamed Khouraichi Niass on behalf of Rustam Minnikhanov, President of the Republic of Tatarstan and Chairman of the Group of strategic vision "Russia - Islamic world" to take part in the event.

Deputy Secretary-general of the OIC PU Ali Asghar Mohammadi Sijani expressed support to all those working for strengthening parliamentary ties with the Russian Federation and Muslim countries. He informed about the main directions of the activity of the OIC PU, noting that "the activity of the organization is in the interests of all countries and peoples".

In general, at the end of the event, both sides concluded that the meeting was a definite step towards strengthening the parliamentary dimension of the Group of strategic vision Russia-Islamic world.