On the 15th of August the Group of Strategic Vision “Russia – Islamic World” begins to receive and publish entries for the international Evgeny Primakov Prize in 2019. The reception of works will last until 15 November, 2019.

The Prize will be awarded for the best work that will have made a significant contribution to strengthening mutual understanding and cooperation between Russia and countries of the Islamic World.

Works are accepted in Russian (for the Commonwealth of Independent States (CIS) countries), English and Arabic.

IMPORTANT: At the time of application, works should already be shown to the general public.

Besides the work itself, it is necessary to specify the author’s surname, name and patronymic, place of work (freelancers also can take part in the competition) and contact details in the application.

Please, send your applications by e-mail to: award@russia-islworld.ru

In case of any questions regarding the rules of participation, please, contact the organizing committee for clarifications at the aforementioned email address.

The Prize was announced in the framework of the II International Forum “Journalists of Muslim Countries Against Extremism” held on 20-21 April, 2016 in Moscow.

1 - Shukurov Zhavokhir Bakhtiyorovich. Private freedom: public law guidelines in search of a fair measure. On the example of religious freedom / University of International Economics and Diplomacy, Republic of Uzbekistan

2 - M. V. Andreev / BASICS OF THE THEORY OF NATIONAL AND INTERNATIONAL SECURITY

5 - Bakanova Marina. The Chief Doctor of the Hospital (Dua Hospital Pakistan), an analyst, journalist, the author if 24 scientific works (in the field of health care) and 6 popular science books. An expert in South and Central Asia. A semifinalist of the personnel contest “Leaders of Russia 2018-19” and finalist of the personnel contests “My Dagestan” and “Leaders of the Ivanovo Region”.

The work has been published here:

The translation of the book by Mintimer Shaimiev “From Heart to Heart” into the Arabic language. 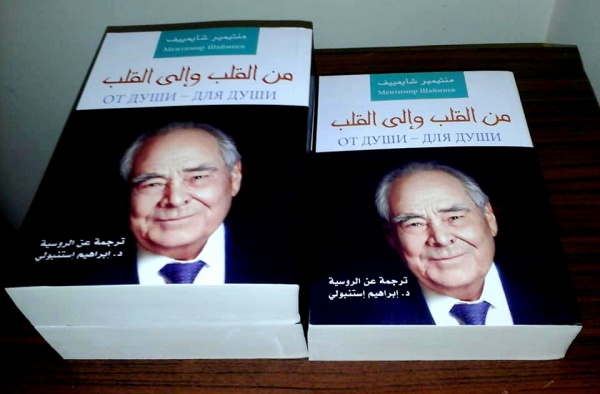 A series of articles. (9 works)

9 - "Our Homeland Syria: A View from Russia"