In his message to UNESCO Director-General Audrey Azoulay, Chairman of the Group of Strategic Vision  "Russia-Islamic World", President of the Republic of Tatarstan Rustam Minnikhanov said that "the Russian Federation makes a significant contribution to strengthening intercultural dialogue and promoting cultural rapprochement of peoples". He also expressed hope that UNESCO would support the project of the Museum of Islamic Culture, being created in St. Petersburg.

Farit Mukhametshin, the Deputy Chairman of the GSV, in his letter to Sheikha Mai bint Mohammed Al Khalifa, the President of the Cultural and Antiquities Authority of the Kingdom of Bahrain, expressed congratulations on behalf of the Chairman of the GSV and on his own behalf on the occasion of the International Day of Islamic Art. He also informed that "The Group is ready to introduce the Russian model of interfaith, multi-ethnic and multinational society to the world in cooperation with UNESCO, the Kingdom of Bahrain and other interested Islamic countries and organizations".

These messages were a response to Bahrain's call to support the kingdom in promoting the International Day of Islamic Art, which was reflected in a letter to Rustam Minnikhanov, the Chairman of the Group of Strategic Vision. The message was sent by Sheikha Mai bint Mohammed Al Khalifa, the President of the Kingdom of Bahrain's Department of Culture and Antiquities.

The International Day of Islamic Art: from history to the present day

In accordance with the decision of the 40th session of the General Conference of UNESCO, held in November 2019, November 18 was declared the International Day of Islamic Art. This idea was initiated by Bahrain, which proposed to make its ancient capital Muharrak a world center of Islamic art.

Organization of Islamic Cooperation has blamed the attacks in Sri Lanka
23 April
The President of the Republic of Tatarstan and the Permanent Representative of the Russian Federation in the OIC have discussed cooperation between Russia and the Islamic world
24 April
Rustam Minnikhanov Addresses 4th RIW Group Meeting
12 November
Shaimiev: Yevgeny Primakov was a great politician, scientist and statesman
01 November 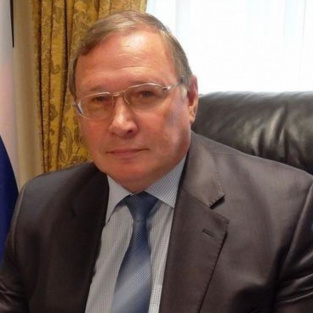