Khadzhimurat Gatsalov: All religions have one common moral and educational dogma – safety, purity, and kindness.

'I hope that the time is not far off, when I will be able to unite all the wise and educated men from all countries and establish a uniform regime based on the principles of the Qur'an, which alone are true and alone can lead men to happiness...'

What is true Islam? Why has the question of "Islamic" terrorism been raised so often lately? Is it possible for terrorism to be religious at all? The mufti of North Ossetia-Alania, a member of The Group of Strategic Vision "Russia - Islamic world" Khadzhimurat Gatsalov spoke about this within the framework of the traditional all-Russian forum on prevention of extremist manifestations among youth "Consent Formula".

- We need to consider and analyze not only the fragment immediately preceding a particular situation but to see the whole process in order to be able to respond right. As for the "religious extremism" pseudo-concept, a priori, there is no such a concept, because peace is a foundation of any religion. It is extremism that can be on religious, national, political, or any other ground and not the other way around. Our world is changing rapidly. Just look at Iraq that has been destroyed as a state by the representatives of the terrorist organizations. Now every corner is talking about Islamic radicalism, fundamentalism. 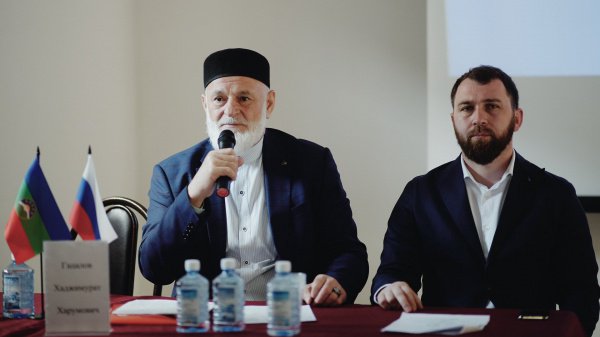 Unfortunately, as the speaker noted, there are many talks about Islam from a negative point of view. However, going back even further into the history and development of Islam, we will see that all this is an imposed stereotype. There were wars for most of humankind's existence, from the ancient times to the present. However, blaming Islam, arguing that the Prophet Muhammad called for military action and violent behavior is foolish.

- "Islam" consists of two words that mean peace, humility, SAFETY. This is enough to know in order to understand that radicals are fighting primarily against Islam using Muslim rhetoric. There is no successful confrontation without a specific ideology. We are out of this concept. It is extremely important for us to develop a common ideology so that we can stand for it, defend it, united under a common idea.

According to the mufti, desire to dominate anyone is the basis of the character of a human who joined the radical groups. However, using the same tools against a member of a destructive cult will lead only to resentment.

- Please note that all our theologians see two aspects of the concept of evil – ignorance and lack of morals. That's why we must teach and educate reaching the heart. It is meaningless to change minds through war and violent actions. This should be done through the word, through the ideology of Islam. After all, why did Islam come? Besides religion, it gave us the protection of human life, his honor and dignity, property, religion. At the heart of any religion, there is knowledge and kindness. Therefore, if a person's actions are based on something different, then the first question that needs to be asked is whether he is a Muslim.

It is enough to open the Noble Qur'an to understand Muslims attitude, according to Islam, towards those who live near us.

- Remember the famous hadith from Imam al-Bukhari: “The one among you who wakes up secure in his property, healthy in his body and has his food for the day, it is as if the whole world were brought to him.”  So we see that safety is at the heart of everything. We are responsible for what is happening in this world. On the day of judgment, we will be asked for what was happening around us and what we were able to do to prevent the spread of violence and evil. When questioned "What is Islam?", Allah's Messenger answered: "(The essence) of Islam is to worship only Allah and no one else, to pray, to pay zakat and to fast during Ramadan". And what is ISIS (a terrorist organization which is outlawed in Russia - editor's note)? This is a complete ban on knowledge, its complete absence.

But all religions have one common moral and educational dogma – safety, purity, and kindness. 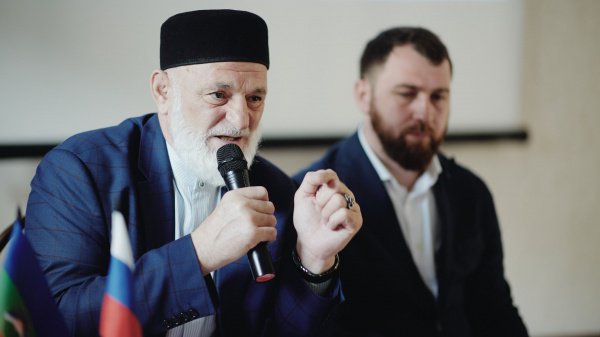 - Remember the Medina agreement between the Arabs and the Jews. It was then for the first time when human rights to all his property, including freedom of religion, were announced and protected. And Muslims, led by the Prophet Muhammad, were responsible for the observance of those rights.

As the story goes, from the first days after his resettlement in Medina Prophet Muhammad tied the bonds of brotherhood between the Muhajirs and Ansars and, having drafted the first Constitution in the history of Islam, founded the Medina state. Later he concluded agreements with neighboring idolaters tribes, and tribes living in Arabia. It is worth noting that the Prophet Muhammad always supported and approved concluding the agreements for preserving peace and tranquility during "Age of Ignorance". He assured that Islam would respect these agreements and that he was ready for conclusion of such agreements.

It is sufficient to quote the agreements to prove the truth of his intentions. According to the Medina agreement, the people of Medina, including Muslims and non-Muslims, were considered as a single community, united under the direction and authority of the Final Messenger of Allah. To sign this agreement, which guaranteed many benefits, the Prophet invited the leaders of the idolatrous tribes Banu Aws and Banu Khazraj, as well as the leaders of the local Jews, to the house of the honorable Anas. The agreement in the format of the Constitution, being a written document, became the first Constitution of the Medina state. From a diverse urban community represented by different races, faiths and tribes, the Prophet created a unique social structure (Ummah) yet unknown in the Arabian Peninsula. Thus, the legal, political, humanitarian, economic and military structure of Medina was clearly defined. In addition, through this agreement, the Messenger of Allah began to consolidate the fragmented Medina society, creating a completely new social system.

- In short, we must live in peace and harmony, love and respect each other, - concluded mufti of North Ossetia-Alania.