Mukhametshin: Russia and the Islamic world are allies in defending the inter-civilizational diversity of the world

The Group of Strategic Vision "Russia - Islamic World" pays special attention to close contacts with the Union of News Agencies of the Organization of Islamic Cooperation (OIC), and Russia and Islamic countries are allies in defending the inter-civilization diversity of the world, Farit Mukhametshin, the Deputy Chairman of the GSV "Russia-Islamic World" and Senator of the Russian Federation, said at an online conference on "Russia-Islamic World: Crossroads of Information Cooperation".

Today, according to him, a number of world mass media continue to oppose the spread of truth about Russia and Muslim countries. In this regard, the reform of global communication systems and protection of journalistic freedom remain particularly important.

Mukhametshin reminded that in 2019 the OIC celebrated its 50th anniversary. Today, the OIC is the main voice of the Islamic world, which defends the interests of the Muslim Ummah in the international arena.

Russian President Vladimir Putin in his greeting to the anniversary of the Organization noted that Russia and the OIC actively and successfully cooperated in a variety of areas, particularly in combating global threats and humanitarian problems.

The GSV "Russia - Islamic world", in turn, as Mukhametshin emphasized, would continue to pay attention to the development of inter-civilization dialogue.

"We believe that Russia and the countries of the Islamic world are allies in defending the inter-civilizational diversity of the world and solving global problems of our time," he stressed.

The conference "Russia-Islamic World: Crossroads of Information Cooperation" is supported by the Permanent Mission of the Russian Federation to the Organization of Islamic Cooperation (OIC), the Union of OIC News Agencies and the Russian Union of Journalists.

The main topics for discussion are the prospects for cooperation between OIC countries and the Russian Federation in the media sphere, plans for potential cooperation with the involvement of interested organizations and agencies, as well as the creation of a practical platform for regular meetings of information specialists on the basis of the Group of Strategic Vision.

The event is held in preparation for the VI International Forum of Muslim Journalists and Bloggers, which the GSV "Russia-Islamic World" plans to hold in 2021 in an online format. The previous forum was held in 2019 in St. Petersburg and focused on the impact of media on public opinion. 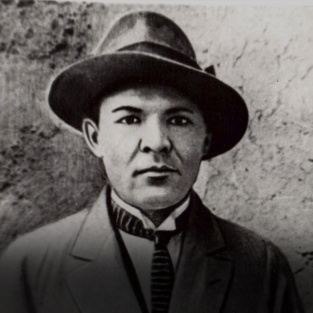